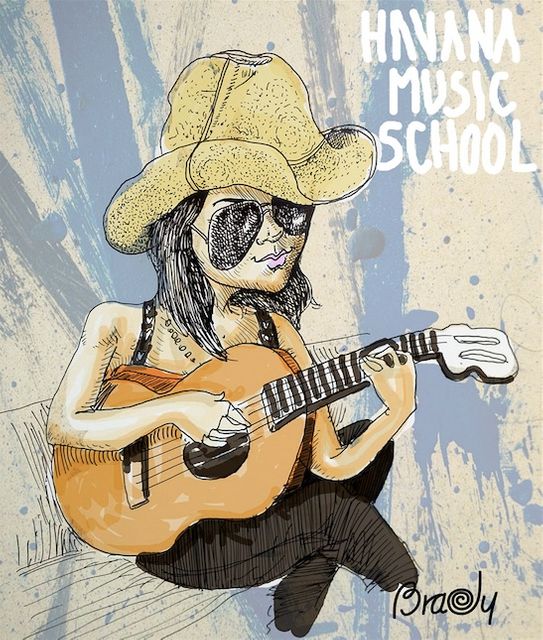 The fusion group Aceituna sin hueso has its origin in the city of Santa Clara. It first presentation was on February 19th, 2000, due to a call of the Hermanos Saiz Association (AHS). Thus, in the Valga la Esperanza concert we could enjoyed for the first time its admirable music.

Aceituna sin hueso proposes a mix of international ethnic rhythms, without losing his Cuban roots. Although flamenco is one of the dominant genres in their music, they also draw from jazz, Hindu, Celtic and Arabic music, rock and funk, among others. The appealing sound of the band it is enriched with an unusual and heterogeneous ensemble of percussion, violin, flamenco guitar, the tres guitar, battery and electric guitar.

This is complemented with the vocalist Miriela Moreno, who adds the perfect sound to the group.

Miriela Moreno: vocalist, composer and director of a dream

Miriela Moreno Gonzalez was born in the town of Remedios, Villa Clara. From an early age she was attracted to theater groups and Spanish music. She joined the flamenco fusion group Matrimonio del aire, directed by Reidel Bernal.

The Flamenco influence on her music comes from her Spanish grandparents and the atypical mix of races of our country. Aceituna sin hueso emerged as a musical project that was trying to tell things differently, and became very soon a band of great popularity in Cuba.

Aceituna sin hueso debut album Marginales.com came to life in 2002, with the Unicorn label, Abdala Productions. The single, under the same name, quickly became a success thanks to the video clip, filmed by the renowned Cuban director Santana. This first production earned to the band several nominations and awards in the Cubadisco 2003.

If you are one of those who loves the music of this Cuban band, share this article with your friends on your social networks. And do not forget to leave us a comment with your opinion, which always counts.