Cachao Lopez a genius of the bass 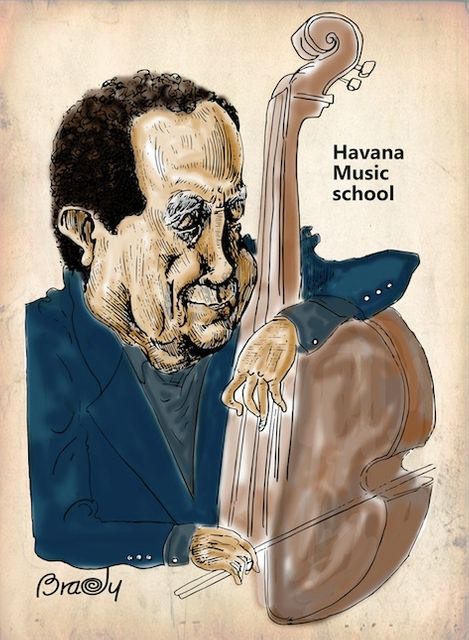 In the music world, Cuba has a special place not only for the excellent musicians who have given. Many genres have been born in this land and have become famous. Mambo is one of them.

The mambo is universally associated with Perez Prado, but actually its creator was Israel Lopez, popularly known as “Cachao”.

The true father of the mambo

Israel Cachao Lopez was born on September 14th, 1918 in Havana, within a very musical family. The musical family environment was reflected early in the child Israel: at the early age of 8 he composed songs for children’s orchestras that he was part.

The family influence led him professionally interested in music and entered the Havana Conservatory to study classical music. Cachao also played in several theaters of Havana, in the days of silent films. In this work he shared the stage with Ignacio Villa, who later became the unforgettable Bola de Nieve.

In the beginning Israel Lopez played several instruments, but the influence of his father and especially his grandfather made him opt for the double bass. His paternal grandfather also inherited the nickname, since the latter was called Aurelio Lopez Cachao.

His ability as an instrumentalist was evident from an early age, because with only 13 years he was a member of the Philharmonic Orchestra of Havana. But, however, was not classical music that fascinated him. It was music that ran through the streets of Havana which moved his heart.

The rhythm that would move the world is born

Cachao Lopez shared the stage with his brother Orestes Lopez. The Lopez brothers were an active partner of composers, who in 1937 created the song Mambo.

In the 50s Cachao Lopez took the influences of jazz and Afro-Cuban music and merged them. In those years he became popular in the Havana night jazz, which was the Cuban version of the jam sessions.

In 1962, Israel Lopez went to the United States after a short stay in Spain. In the following years, Cachao continued playing Latin jazz instead of moving to salsa, which in those years was entering into the US market.

For the 70´s Cachao preferred luxury hotels and casinos in Las Vegas. There he took a liking to gamble and almost fell into ruin, diluting his fame. However, Andy Garcia dedicated the documentary Cachao… como su ritmo no hay dos in 1993, which relaunched him to stardom.

Cachao won the Grammy Award three times: in 1995 with Master Sessions Volume 1, in 2003 with Bebo Valdes and Patato with El Arte el Sabor and in 2005 with Yes Now! This great Cuban musician died on March 22, 2008 in Coral Gables, Florida, at the age of 89 years.