Compay Segundo – From Alto Cedro to the top of… 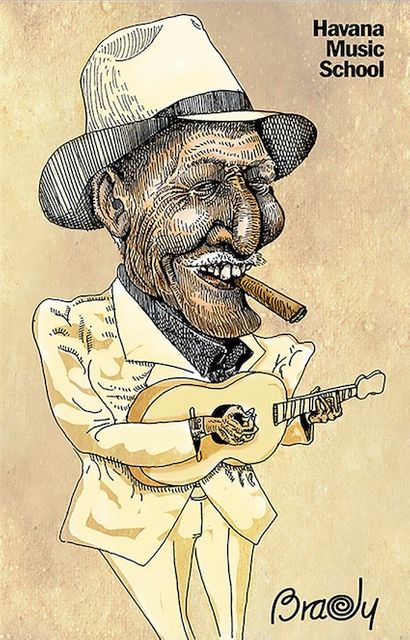 Every country has its musical idols, those that must be mentioned when we talk about music. Our country, undoubtedly, has at its center the incomparable Compay Segundo.

With no musical background in his family, Compay Segundo was interested since little in music and began to take classes and studying on his own, while working in a tobacco factory to help and support his family.

After a few years learning how to play the guitar and guitar tres he developed his own instrument, the armónico. It is a personal blend with characteristics of both instruments. From this moment, it sound was as unique as his inventor. His studies also covered music theory and clarinet, which learned with Enrique Bueno.

Under its tutelage, Compay Segundo joined the Municipal Band of Santiago de Cuba. The unique sound of the armónico was heard for the first time on commercial radio. Then he joined the Cuarteto Cubanacan and Quinteto Cuban Star, under the direction of Ñico Saquito, with which Compay came to Havana.

Upon reaching the capital, Repilado, which was not yet known as Compay Segundo, began to frequent the house of Justa Garcia and meet there popular musicians of the moment. It is around this time, 1936, when he joins the Banda de Bomberos de Regla with his clarinet and then the Trio Cuba, next to Joaquin Garcia and Evelio Machin.

His career takes him to integrate the Conjunto Matamoros, where he met Benny Moré, one of the greats in Cuba. Already in 1942 forms the duet Los Compadres with Lorenzo Hierrezuelo, union that would take him to fame and who owes the name that would recognized him. Los Compadres seeks to rescue the music fron the Santiago´s mountains of the eastern region and achieved a wide musical work that was recognized throughout Latin America. The set would remain united until 1955. Later, Compay formed the Compay Segundo y sus Muchachos, with which he would travel all around Cuba and presented in Santo Domingo.

Compay Segundo in the world

After 1959 “the Compay” began to work in the factory H. Upman, alternating his work with occasional concerts. In 1989 he is invited to the EEUU as a special guest of the Smithsonian Institute. Shortly after, Compay travels to Spain to the First Meeting of the Son and Flamenco, a moment that marked the beginning of an international success.

Compay Segundo begins to be acclaimed on international stages (France, Italy, Holland, England, Sweden, Brazil, Argentina, Peru, United States, among others). His group was expanded over time to eventually form a team with Benito Suarez, Hugo Garzón, Salvador Repilado, Rafael Fournier and himself as a quintet. For his incredible career Compay has been awarded several times, including a Grammy for his participation in the album Buena Vista Social Club and the Order Félix Varela. In addition, he was invited to Vatican City by the Pope John Paul II.

Compay died on July 14th, 2003 in Miramar. His extensive musical work cannot be summarized in few words, but left an undeniable mark on Cuban culture and he is proud of the music of our country.