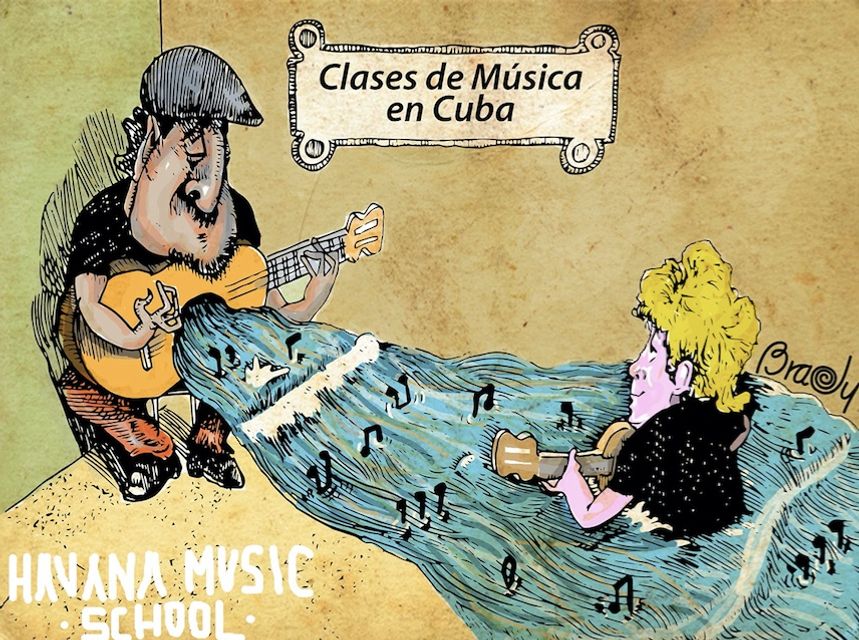 Everyone is wondering why Cuban music is a treasure of different rhythms. Few countries in the world have such a wealth of indigenous genres, beginning with some with more than 200 years as the contradanza or danzon to others as “modern” as Latin jazz or Cuban Reggaeton. But why? Is it because of the peculiar musicality of the Cuban people?

Definitely. The inhabitants of this island carry the music in the blood, but although the new musicians continue walking the way that our ancestors pointed out, but opening new routes mixing with the music of the whole world … that is not the original reason.

Musicologists have many different hypotheses on the subject. But if we think about it a little, the most logical answer always emerges.

Imagine that you are a talented painter, but to make a new work of art you have to start by cleaning with turpentine a canvas that another artist painted previously. As much as we try to eliminate the original painting, however, there will always be spots of color and pieces of the first work here and there. Embarrassed by turpentine, it is true, but they will always remain there.

The same goes for music in other parts of the world. Human expansions, for thousands of years, are carrying with them their culture, and among them their music. The great European, Asian, African and American civilizations had a strong culture, and music rooted in their populations.

However, upon the arrival of the Spaniards to the Island, it was very recently occupied by Indo-American populations descended from the Caribs. Although they had some very primitive forms of music, they were quickly exterminated by the Spaniards, whether by direct death, forced labor or illness.

With the arrival of the colonizers they also brought their music. During the first years of the conquest of Mexico and with the extermination of the native population, some of the continent’s natives were brought to work, but in reality their quantity did not make an impact except in the eastern regions.

If it was vital the contribution of the slaves, with the rise of sugar manufacturing, that were brought in mass from Africa. They, along with the Spaniards, were the true painters of Cuban music.

Already with the settlement of Cuba as the main base of the Conquest and being the meeting point of the Treasure Fleet, Cuban music was enriched by other European countries. The French, the Italians and the Germans also put their brushstrokes. Also the Chinese culíes that arrived at the Island in the middle of 1800 made their contribution to the canvas of the Cuban music.

The last details of a canvas that never ends

A new artist joins the canvas of Cuban music with the North American Intervention, which continued to influence during the Republican Period. The influence of the United States was strong during that time, but Cuban music was mature enough to begin to influence the music of other regions of the world.

Even so, our canvas is not complete. Therefore, it incorporates new details every day from here and there.