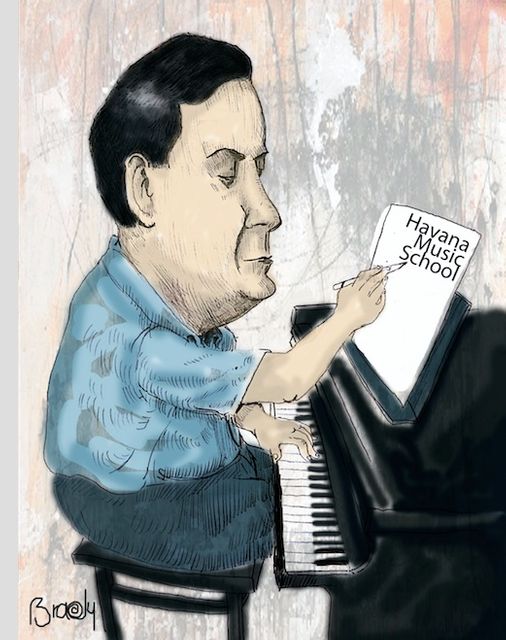 Cuba has in its cultural repertoire great composers, but perhaps none has reached the stature of Ernesto Lecuona.

Before being an artist, this great Cuban musician was a pure strain that synthesized in his works the feeling of an entire nation. With music, which combines the popular and traditional, history and present of his people, Lecuona conquered stages around the world without ever forgetting the land of his birth.

However, not only his unforgettable music makes Ernesto Lecuona a great man. His generosity and good nature made possible stardom other splendid Cuban artists, including Esther Borja and Bola de Nieve. Therefore, over fifty years after his death his music is still present in all those who love Cuban rhythms.

The child becomes a genius

Ernesto Sixto de la Asunción Lecuona y Casado was born in Guanabacoa, Cuba, on August 6th, 1895. A few days later, a beggar approached her crib and prophetically called him a genius. She was not wrong, because with five years old the boy gave his first recital.

It is no wonder that already at 13 he had his first composition ready: Cuba and America. It was a brilliant student. The National Conservatory of Havana saw him graduate with a gold medal from interpretation with only 16 years. His studies continued outside Cuba.

France and the United States were the countries that chose to cultivate his art the author. And at this stage of learning, his name would be forever etched in the cultural memory of the United States and across America. He was the first to introduce in the northern country a Latin orchestra: Lecuona Cuban Boys. This band of Afro-Cuban music permeated the 30s and 40 of the last century with their Afro-Cuban rhythms.

Since then, his career does nothing but progress and contributions to Cuban music are increasingly evident, especially in the lyric theater for zarzuela takes its form. The Cuban Revolution of 1959 was a source of great enthusiasm for the composer, which organized large shows at the Auditorium Amadeo Roldan in Havana. Unfortunately, these were his last performances in the country he loved, because he died shortly after, in 1963, in Santa Cruz de Tenerife, Spain.

There are many songs composed by Ernesto Lecuona. In fact, it is said that in just one day he wrote five. Noche Azul, Un beso, Madrigal, La Comparsa, Por eso te quiero are just some of the most famous. Not only was writing the letter, but also musicalized already published poems.

The theater is one of the scenarios in which Lecuona brightness the highest. A name is linked with the best Cuban zarzuela. For the opera he composed his masterpiece: María la O. Cuban romanza in its final form was the most important contribution that he made to this genre. Masterpieces are part of this section of its production: Triste es ser esclavo, Rosa la China, Lamento africano are some of the most notable examples. Waltzes for piano, opera, ballet were other areas in which dabbled Ernesto Lecuona, the most universal of Cuban musicians, that they are charming damsels ago still dream lovers of good music.