Guillermo Rubalcaba – A musical work for a lifetime 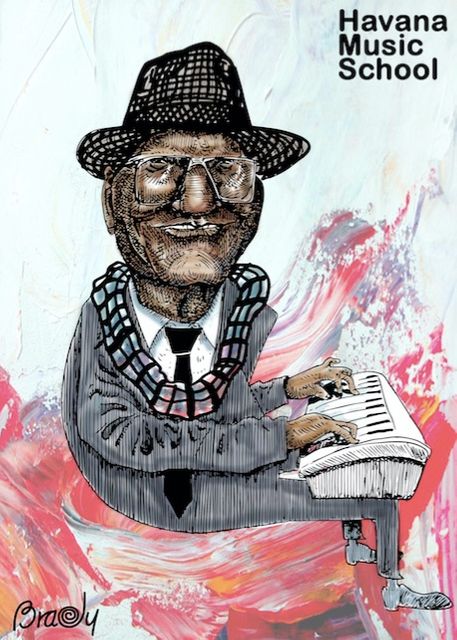 Guillermo Rubalcaba, whose real name was Guillermo Gonzalez Camejo, was one of the greatest Cuban musicians of all time and his imprint on popular dance music in Cuba is undeniable.

Many of the great Cuban pianists used techniques developed by this master, and all Cubans, musicians or not, today pay tribute to this gifted man and his physical disappearance.

Due to deliver to Cuban music a professional virtuosity, he was given several awards, including the “Alejo Carpentier Medal” and diploma “Nicolas Guillen”. The latter is a recognition offered by the Association of Musicians of the National Union of Writers and Artists of Cuba (UNEAC) to its most prominent members. Cuban culture regrets not having given in life the National Music Prize, for all his work.

Career and success of Guillermo Rubalcaba

He came from a musical family: his father was Jacobo Gonzalez Rubalcaba, performer and composer. Born in Pinar del Rio, the 10th January, 1927, the young Guillermo Rubalcaba lived music in all its fullness.

His artistic career began in Orbon music school, where he learned to master instruments like piano, violin, saxophone and clarinet, which speaks of the musical versatility of this man. At the same time, his father led him by the secrets of the composition.

One of his first jobs was as a violinist in groups of Ñico Suarez and CMQ, but the pinnacle of his career reached the piano set of Enrique Jorrin, in 1964. From this time the musical virtuosity Guillermo Rubalcaba recognized and fame would come soon.

His entry into the Afro Cuban All Star represented the largest door worldwide success. Alongside this group would play the piano in the world’s most renowned stages. Rubalcaba was also part of the best of Cuban music, integrating the list of musicians of the Buena Vista Social Club.

Since 1962 the project of having a band itself took shape. At this time the Charanga Rubalcaba was born, a group that has preserved the format and the particular sounds of the sets of the 50s.

Incorporating the popular dance music in traditional Cuban sounds was the seal that distinguished orchestra. The code could be composed of songs of their own authorship or master versions of songs belonging to the Cuban musical tradition.

Recently, the teacher was one of the honored guests of the Meeting of Young Pianists, a space that encouraged the exchange of new interpreters with Rubalcaba in an effort to mutual learning.

Cuban music feels the loss of another major last September 7th, 2015, at the age of 88 years. The absence of Guillermo Gonzalez Camejo from the music scene is very much missed from this moment, but his legacy will live forever in his scores, our hearts and musical dynasty renowned musicians, including his sons Jesus (piano), William (bass) and jazz prodigy Gonzalo Rubalcaba.

If you want to know more about Cuban music, do not forget to subscribe to our site. And please, help us to promote good music sharing this article in your social networks.