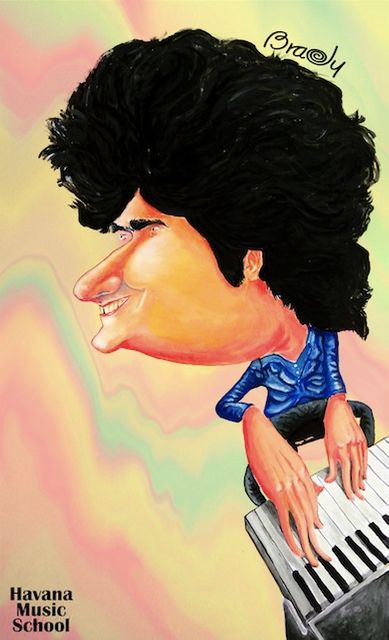 Harold Lopez-Nussa is an authentic Cuban musician and its themes can not be described otherwise. The Cuban taste is felt in every note.

The fusion of rhythms, the presence of each instrument at the right moment and the very conception of the piece, speak of a musical tradition that is present at all times. No matter who is playing music composed by him or another one, Harold Lopez-Nussa incorporates creativity and passion that are typical of the best musicians of all time.

He has never let anyone assume that his skills are labels for his surname. It has been shown, although he is very young, his name should be among the great Cuban musicians.

Born in July 13th in 1983 and heir to a family tradition that is based on the music, young Harold started playing when he was just a child. He began classical piano thanks to the tutelage of his mother, but quickly joined the music academies. It started in the Conservatory Manuel Saumell, then went to the Conservatory Amadeo Roldan and ended in the Instituto Superior de Arte (ISA).

The academic training he received in these institutions, based on professionalism and rigor, is the key to the performance quality of this musician. In each of these centers the young man was in touch with the best piano teachers both Cubans and foreigners.

The fame of Cuban Jazz and Harold Lopez-Nussa

In all this time, Harold López-Nussa has put aside classical music to experiment with Jazz. It sounds as mixed as he himself would say, “I feel them in my own head.” The fear of “falling behind”, not to be up to date in terms of musical trends, make him constantly study. The dedication to an interpreter of classical music devoted to the study it is almost the same as this young musician is dedicated to Jazz.

The popularity of his first album “Canciones” (Songs) has not let his sacrifice and passion are lower. Even the recognition he received with “Herencia” (Inheritance) is not a sign of rest. The commitment that Harold Lopez-Nussa has with his work is huge.