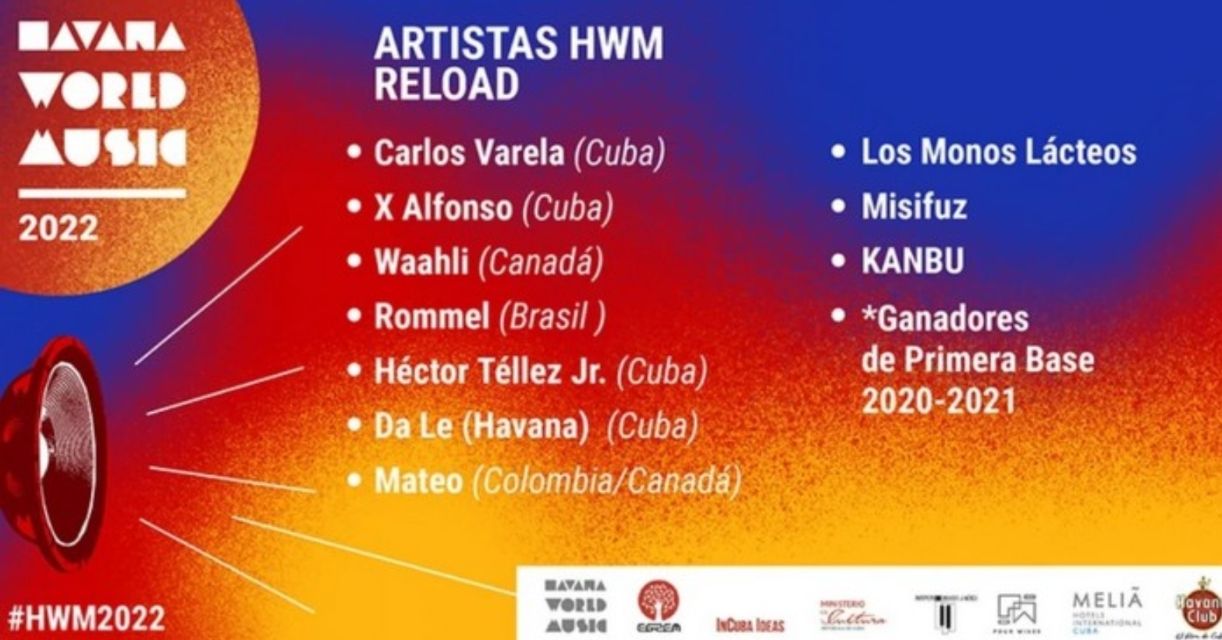 This new edition of Havana World Music 2022 invites us to break the inertia after confinement, which will be held from Thursday, May 26 to Saturday, May 28 in the Cuban capital. Now in its eighth edition, with anthological themes of Cuban trova in deluxe versions and guest artists from Latin America and Germany, the festival aims to bring together different voices of alternative art.

Eme Alfonso, the usual artistic director of Havana World Music, said with regret that several of the musical proposals that were postponed last year will not be able to be in this edition. However, there will be a strong presence of the urban genre. The festival was normally organized in March, but the organizers considered it prudent to wait until May to ensure that the country’s epidemiological situation was favorable and safe for the number of attendees it summons.

Reasons not to miss this 2022 edition

Getting you to dance until 3:00am in the morning is the proposal of Havana World Music for this 2022 at Club 500 José Antonio Echeverría. Part of that role is brought by the band Cimafunk and the pop rock group Nube Roja, led by Anthuan Perugorría Lafuente and Lázaro Peña Rodríguez. With a mix of carefree and good vibes on stage, both projects are excellent options. Also present will be the Scarlet Island project, which according to Eme Alfonso, is presented as something unique and original.

Among the foreign artists that will participate in the event is the winner of the Juno Award in 2019 in the category Best World Music Album, the guitarist Wesli, with the album Rapadou Kreyol. Representative of the Latin New Wave genre in Canada, the Colombian Mateo will also entertain this musical meeting that is enriched by the presence of these varied genres.

If something characterizes this event, it is the inclusion of trova alongside urban genres. That is why the presence of the work of Silvio Rodríguez is habitual, through the interpretations of Real Project and Polito Ibañez.

Beatriz Márquez performs a masterful Lágrimas Negras, along with Havana Meets Kingston, a curious mix between Cuban music and reggae according to the artistic director of the event. Haydeé Milanés confirms her presence at Havana World Music 2022, so the Cuban public will have the opportunity to listen to her album Amor, full of nostalgia and a lot of feeling.

First Base winners confirm his presence

In this 8th edition of Havana World Music 2022, two winners of the First Base contest have already given their confirmation to participate: Tobías Alfonso and Raulito Prieto.

The presence of X Alfonso will bring to the public songs from his 2019 album Inside, with the sonority and genius that the famous musician has for us. Another great luxury that will be presented will be Carlos Varela, heir to the Nueva Trova movement.

So with these luxury proposals, it’s time to put an end to the daily schedule and treat ourselves to a little musical solace with Havana World Music 2022, while leaving behind the hardships of recent years.