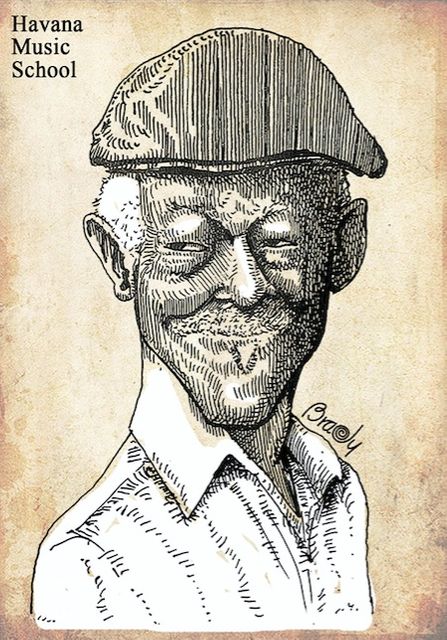 Talking about Ibrahim Ferrer is to talk about a perfect smooth voice, a huge talent and one of the most important singers of recent times.

Ibrahim Ferrer Planas was born on February 20th, 1927, in the municipality of San Luis in eastern Cuba. This area has been home to the most traditional Cuban musical genres such as son and bolero. During his childhood, and the untimely death of his mother, he sold candy to survive, something that just would complement a childhood characterized by both the vicissitudes as the joys.

His first steps in music

At thirteen he created the group Jóvenes del Son with his cousin, and played at neighborhood parties. Later he would join other local groups like the Maravilla de Beltrán, the Conjunto Wilson and the Sorpresa. In 1955, with the Orchestra Chepín-Choven, Ferrer launches the disk El platanar de Bartolo, who achieved fame on the island, although his name was not taken into account in the credits.

In 1957, Ferrer moved to Havana and began working in the Orquesta Ritmo Oriental, with renowned Benny Moré, and later join Los Bocucos of Pacho Alonso. Their presentations were characterized by guarachas and sones, although Ferrer preferred the boleros, genre that for various reasons eluded him.

Ferrer sang with Los Bocucos until 1991, when he retired and went on to shining shoes for a living. Years later, in 1998, Juan de Marcos González recording advisor of Buena Vista Social Club would knock on his door to ask him to record a song: nothing more and nothing less than a bolero.

This would be the time to truly mark his musical career. With artists like Ruben Gonzalez, Compay Segundo, Barbarito Torres, Eliades Ochoa and Omara Portuondo, Ferrer would record 12 of the 14 track on the album.

The rest is history. The Afro-Cuban All Stars and Buena Vista Social Club albums were nominated to Grammy awards, and the last one won. In each of the compositions, Ibrahim Ferrer stands out for its formidable ability to adapt to the rhythms and his soft voice that manages boleros to perfection.

Ferrer in the world

Ibrahim has travelled the world with his music and has been recognized in each place for its mastery. Stages such as the Sydney Opera House, the Royal Albert Hall and Orchard Hall in Tokyo had given him cheers and samples of respect and admiration. Among his best known compositions includes Aquellos ojos verdes, Silencio, Marieta, Como fue and Bruca Maniguá.

Songs like Perfidia, Mil congojas, Quiéreme mucho and Perfume de gardenias, included in his album Mi sueño. A bolero Songbook, allowed the singer finally fulfills his dream of recording a bolero album. On August 7th, 2005, in the CIMEQ hospital, Ibrahim Ferrer dies, one of the greats of Cuban music.