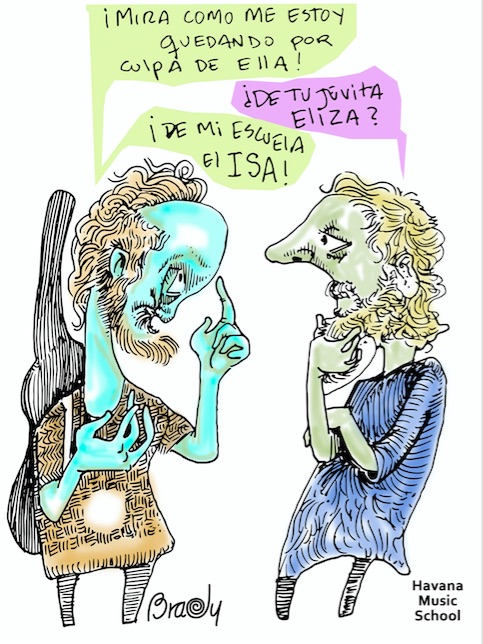 Its creation dates from 1976, however, some of the designs of its emblematic structures come from 1961. The foundation of the Instituto Superior de Arte was a challenge both for the Ministry of Higher Education and for Cuban artists, many of whom went to Field of pedagogy after this center was created.

Together with the Hospital “Hermanos Almejeiras” is one of the greatest architectural achievements in Cuba after the triumph of the Revolution and nowadays carries the epithet Jewel of the Cuban Arts.

An architectural and pedagogical dream

The project managers were the architects Ricardo Porro, who designed the Faculty of Fine Arts and the Italians Roberto Gottardi and Vittorio Garatti, who were in charge of designing the structures of the Faculties of Music, Fine Arts and Ballet. Over the years, other sections were annexed to the complex as the modern buildings of the ENA (National School of Art) and the unfinished complex known as “The Old Circus”.

The Instituto Superior de Arte is located where formerly the Habanero Country Club was located, a recreation area and golf courses before 1959. Outside of these grounds is the School of Art of the Audiovisual Media (FAMCA) The neighborhood of Miramar. Among the most important pedagogues that this training center for Cuban artists has had are figures such as Mario Rodríguez Alemán, its first Rector; Isaac Nicola, creator of the Cuban School of Guitar; Adigio Benítez, painter; Domingo Aragú and Juan Jorge Junco, musicians both and many others.

The Faculty of Music

As far as the training of the Instituto Superior de Arte is concerned, perhaps the most important international faculty is the Faculty of Music. Along with its subsidiary the National School of Art has graduated important Cuban dance music artists such as Alexander Abreu, Alain Pérez and José Luis Cortés. Many others more self-taught career have a close relationship with the institution.

It is noteworthy that musicians of this school have been awarded with great international prizes in competitions like the International of Guitar “Andrés Segovia”, of Spain and the Latin American of Monterrey, Mexico. Also they accumulate recognitions in the Contests of Music Tchaiskovki, in Moscow; The Warsaw, Poland and Teresa Carreño, in Venezuela.

Many are the Cuban artists who have left the classrooms of the Instituto Superior de Arte, such as Roberto Fabelo, Zaida del Río, Gilberto Frómeta and Magdalena Campos, in the visual arts. For the theater part, some of the best known names are Luis Alberto Garcia, Corina Mestres, Nancy González and Patricio Wood and also directors such as Juan Carlos Cremata, Carlos Díaz and Armando Suárez del Villar. In dance highlights Amparo Brito, ballet; Rosario Cárdenas and Lourdes Ulacia, of contemporary dance, and Barbara Balbuena, folkloric dance.

After completing its first 40 years of unstoppable work, the Instituto Superior de Arte continues to be the largest training school for Cuban artists with more than 800 students, 360 professors and 39 study profiles today.

You can learn more about Cuban art and music, its performers and orchestras, by subscribing to our website. And help us also spread these and other topics by sharing them on your social networks.