Irakere – A name that makes history 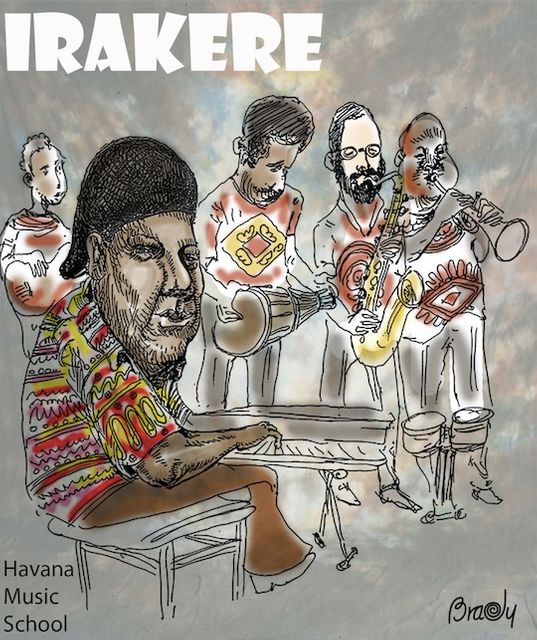 With a history of almost 42 years, Irakere is undoubtedly one of the most iconic bands of modern Cuban music.

Founded by Armando Sequeira Romeu as director and composer, and pianist Chucho Valdes in 1973, the band was more than a musical group, it was a laboratory. Both popular dance music and Afro-Cuban jazz owe a lot to the contribution of its members, who merged the best of the African roots with the music of the twentieth century.

One of the great historical Irakere’s innovations is the use of traditional percussion instruments like the bata drums, the “damas”, erikundis, maracas, the “claves”, the “cencerros”, the bongos, the congas and eth “güiro”.

All these instruments were mixed with electronic sounds of the bass guitar and keyboards in order to merge them in diverse genres such as the Afro-Cuban folkloric music, Cuban popular dance music, funk, jazz, rock and even classical music .

Its originality gave the group Irakere a Grammy award in 1979 for the Best Latin music in the USA, and has received other nominations and awards on their more than 35 albums.

Not only Latin jazz owes Irakere

The Afro-Cuban jazz would be very different without the contribution of Irakere, but this band also set guidelines for what would later became Cuban timba, a genre that reached its peak during the 90s and remains the preference of the public.

Thanks to the famous compositions “Bacalo Pan” and the creation of contemporary style known as Songo, a bridge between sonera dance music and timba was charted. The clearest contributions are evident in the song “Santa Clara Rucu Rucu” written by Jose Luis Cortes “El Tosco”. That line that used trumpet and saxophones would later become part of the horn section of NG La Banda, the basic template of Cuban timba.

A parade of big stars

Irakere is currently one of the most important Cuban bands from the last century.

A sample of the genius and virtuosity of Irakere

For those who have the opportunity to go, Havana Music School recommends to attend the concerts that the director of Irakere, Chucho Valdes, 2015 will held during this summer in Europe.