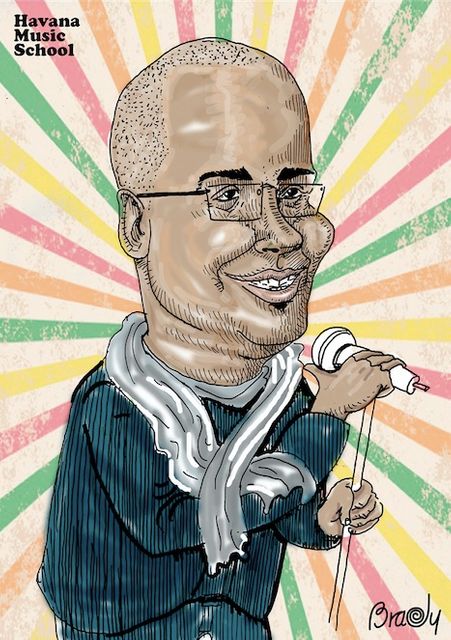 Hundreds of groups and salsa artists try to get a space in the Cuban public’s preference.

Among all these artists, only a select group manages to conquer the top. Within this group is Issac Delgado, also known as el Chévere de la salsa. It is one of the most popular Cuban artists of the 90s and has performed and versioning artists like Amaury Perez and Pablo Milanes, achieving national and international success.

The first steps of Issac Delgado

His full name is Issac Felipe Delgado Ramírez and was born on September 11th, 1962, in Havana. His musical roots come from his mother, Lina Ramirez, who was a dancer, actress and singer at the Musical Theater of Havana.

With only 10 years old, he entered the Amadeo Roldan Conservatory to study cello. Despite his passion for music, this instrument never catches him, so just two years after entering the conservatory, he abandon the music studies. Issac Delgado then explores another passion: sports… although he would soon find its way to the music.

In 1980 the band Proyecto announces its new vocalist: a young Issac Delgado, who comes to the group through the master Gonzalo Rubalcaba. This prompted Issac to decide to devote himself to music, so he started receiving vocal technique classes and enrolled in music school Ignacio Cervantes.

Three years later, his professional career began as part of Pacho Alonso Orchestra. In the four years that he stays with this group, he was able to travel the world and recorded his first CD. In 1987 Issac joined the Galaxia band, with which he recorded his second phonogram and opened the doors to NG La Banda, one of the best groups of dance music of Cuba. In the space of three years, he recorded three albums and won two EGREM awards.

Such was the fame achieved by Issac Delgado in this period that he decided to start a solo career. And in 1992 he released his first own album: Dando la hora, which won the EGREM Award that year. The same happened to his next two works: Con Ganas (1993) and El Chevere de la Salsa y el Caballero del Son (1994). His career received a boost in the international arena after participating in the Salsa Festival, held in New York in 1997 to record an album would arrive in that city, titled Otra Idea.

In 2006, el chévere de la salsa takes up residence in the United States. At this stage outside Cuba, would record four discs. It was not until 2013 that Issac Delgado reconnects with his people, again becoming an active protagonist of the Cuban music scene.