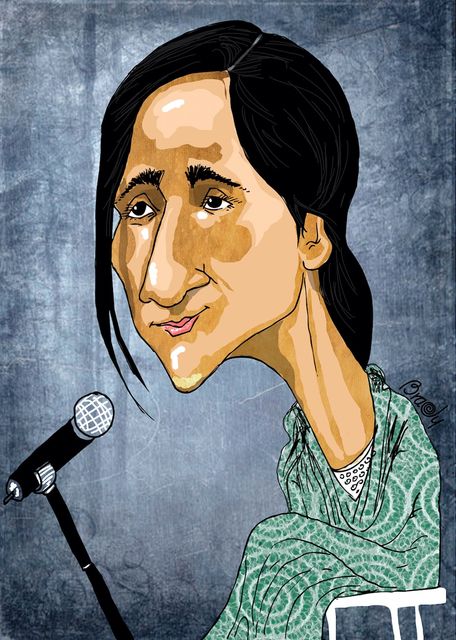 Born in 1970 in California from Mexican parents, Julieta Venegas is a composer, artist and music who for over two decades have stood out as one of the most popular female singers in Latin America. Her musical work covers alternative genres, indie pop, indie rock, rock and Latin pop.

She has collaborated with more than a hundred artists, including Paulina Rubio, Los Tigres del Norte and Daddy Yankee. Her discography goes from ten albums and his worldwide sales in 2019 exceeded twenty million copies sold.

From Tijuana No! to fame alone

Julieta Venegas showed an interest in music since she was eight years old. She received the support of her parents, who facilitated her to receive piano, cello and music theory classes. The artist points out that her style is very personal, but that as a teenager she liked to listen to artists such as Suzanne Vega, David Bowie, Prince and Charly García.

At seventeen, while she was still a student, a friend invited her to join the reggae / ska group Chantaje, which would be the basis of the Tijuana No! Group. While in this group, together with Alex Zuñiga, he would write the song “Pobre de ti”, which launched them to fame. However, Julieta, in her desire to improve her musical career, leaves the group.

Finally, in 1996 the BMG record discovers it and debuts as a solo artist. Since then his albums would become more and more known within the Latin American and European music scene which he continues to enjoy her preference. His most popular albums are Sí (2003), Limón y Sal (2006) and the live album MTV Unplugged (2008).

Julieta Venegas not only stands out in music, but also as a humanitarian activist in favor of the fight against violence against women and inequalities in Latin America. In September 2008, UNICEF appointed her as its goodwill ambassador in Mexico.

Each one of us remembers with love her concert in 2012 to the victims of gender violence that filled for two hours the Sala Covarrubias of the Teatro Nacional.

She has also had a job as an actress, both in the theater and in the cinema. Additionally, she is a versatile artist capable of playing piano, guitar and accordion with a characteristic style.

Julieta Vanegas is a prolific singer, who has the following studio albums, live and compilations:

A career full of awards

Throughout her two decades and a half career, Julieta Venegas has won more than thirty awards including:

If you want to know more about the career of the main exponents of Cuban and Latin music, please subscribe to our site. In addition, you can help us spread the good music by sharing this and other articles with your friends on social networks.

If you are one of those who loves the music of this Cuban band, share this article with your friends on your social networks. And do not forget to leave us a comment with your opinion, which always counts.