Mongo Santamaria – Master of the bongo 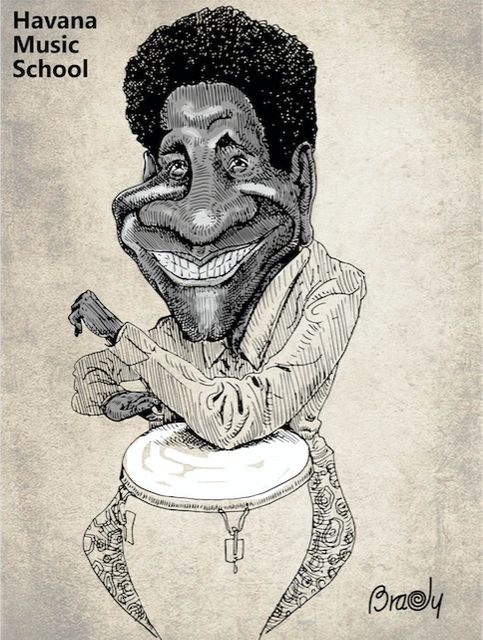 From his childhood he was interested in the drumbeat, which met at the bembés of Santeria religion, for what his grandmother used to cook. The timbales would become his passion, and the reason to left school prematurely.

Since a child he was part of the Lira Infantil and the Lira Juvenil and he was greatly influenced by his uncle Jose Rodriguez and his cousin Luis Santamaria. At first, he had to do other jobs to survive, since the musician salary was not enough to cover his expenses.

Early work as a musician

Mongo appeared several times in the Tropicana cabaret with Chano Pozo, who danced and sang while Mongo played the bongo. With the Conjunto Boloña he made his pro debut with bongos, at the Eden Concert cabaret. Later, he formed part of the Carabina de Ases sextet and recorded with the Lecuona Cuban Boys.

Mongo Santamaria also played with Los jóvenes del Cayo and the Conjunto Matamoros. In addition, he played the bongos in the Orquesta de Planta of the Emisora Mil Diez and toured with the band Hermanos Camacho, El Conjunto Azul and the legendary Sonora Matancera. Mongo’s skill was reflected with a strong and clearly defined sound, which made him highly recognized in the Cuban music scene.

In the 40s, he travelled to Mexico with the dance group Lilón and Pablito. In this country he participated in the movie Cuando el alba llegue (1948), with Silvestre Mendez and Benny Moré. After Mexico they went to New York where, because of problems with the group, he decided to stay. He worked there playing the bongos in the band of Johnny Seguí y sus Dandy´s and in 1953 joined the group of George Shearing. In the 50´s, Mongo assists in the first charanga of New York directed by Gilberto Valdés.

For a time he plays with Perez Prado, but due to payment problems decides not to play anymore with him. In the late fifties he played for six years with Tito Puente, when recording music of the Afro-Cuban cults: Tambores Afro Cubanos and Changó. He also worked with Carlos Santana.

In 1958 he joined the group of Cal Tjader in San Francisco with whom he spent four years, but continues to record with other bands and as a soloist.

Afro Blue is one of the most famous compositions of Mongo, included on his second album. Soon he makes a transition to a band that combines jazz bebop and Afro-Cuban rhythms. In 1960 creates his charanga La Sabrosa, who gradually goes even leaning more towards jazz. With this group he recorded Para ti with Chombo Silva on the violin and tenor saxophone.

Among the rhythms in which Mongo Santamaria experiment is jazz, rhythm and blues, soul and Latin music. In 1962 recruits the recognized Chick Corea and Herbie Hancock, with whom he recorded Watermelon Man, with the help of trumpeter Donald Byrd.