The bolero – Cuban one hundred percent 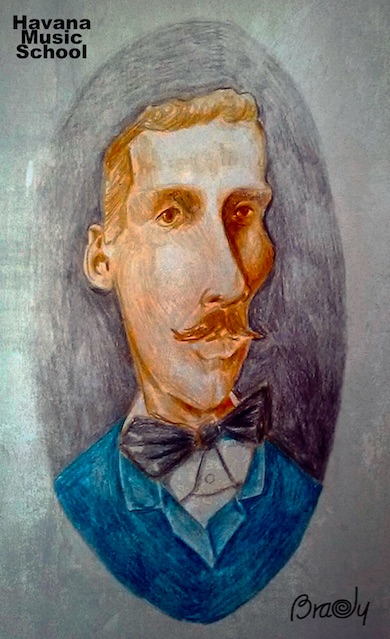 The bolero (similar only in name to the Spanish one) arose in the late nineteenth century in Santiago de Cuba. The first song of this genre was written in the piece “Tristezas” (Sorrows) in 1883 by Pepe Sánchez. It is characterized by a rhythmic cell in 4×4, with classic musical accompaniment of guitars and percussion.

There were many famous voices of the traditional bolero, as Pepe Sanchez, Manuel Corona, Patricio Ballagas, Rosendo Ruiz, Eusebio Delfin, Alberto Villalón and Sindo Garay, among others. You can not tell where or at what point the difference between bolero and trova was established, but was in Havana, where he began to learn new ways, when it comes to the early twentieth century.

The first significant song was “Aquellos ojos verdes” (Those green eyes –  lyrics and music by Utrera Adolfo Nilo Menendez), where the use of certain clauses defining notes or melodic phrases, do not correspond to what happened in the traditional bolero. The innovations of this work were the result of the influence from the French musical impressionism. This song, in version of Nat King Cole, became an international success.

The bolero becomes a major genre

Bolero continues to evolve to sextets and septet that led to son, one of whose first examples was “Lágrimas Negras” (Black Tears) by Miguel Matamoros. In the decades of 40 and 50, the extended format with more than a trumpet, piano, congas and other instruments, new harmonic and timbral on the sets of Arsenio Rodriguez and Conjunto Casino Kubavana possibilities appear.

Another of the most popular is filin (derived from the English term feeling) where the melodic line is extended, the texts are enriched with new expressions. Main composers are César Portillo de la Luz, José Antonio Mendez, Nico Rojas and Marta Valdes.

Normally, usually it is sung by a soloist, accompanied by guitar, piano and even a symphony orchestra; a duet of voices (first and second); or trios, the peculiar style of Los Panchos in Mexico.

The bolero travels the world

In Cuba, the maximum popularity of this genre was reached between the 40s and 70s of last century, giving way to other genres such as ballads and salsa. But Havana remains the capital of the bolero and in it every year the International Festival Boleros de Oro is developed with the participation of Cuban and foreign guests.

And not like this city is the natural host of this competition. Who better than Benny More to play a bolero? And Havana Music boleristas so many, still houses many nightclubs where you can enjoy a good filin or many restaurants in Old Havana where indulge in a traditional bolero played by a trio.