What is it about Van Van that are still on the top? 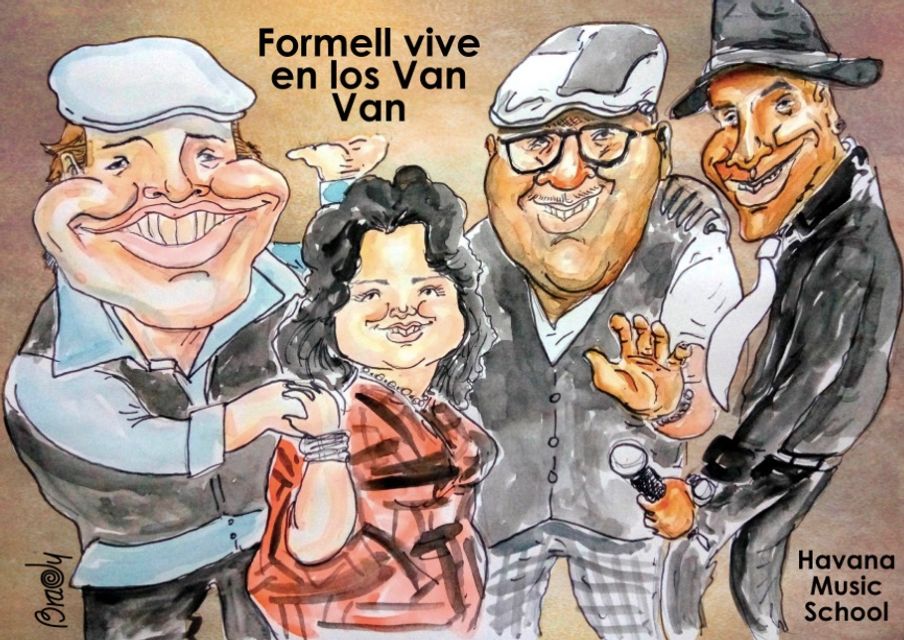 Van Van is still causing sensation. Regarding the news of the nomination of the album “La Fantasía” in the category of Best Tropical Salsa Album of the 16th edition of the Grammy Latino, members of the group were honored and very happy.

In a video posted on YouTube, Samuel Formell said that both the nomination and the current tour of North American were the ideal way to honor Juan Formell, passed away in 2014.

The album “La Fantasía” is being promoted on a tour in United States which began last 7th of August and will end the 29th. This tour is also dedicated to celebrate the 45 years of artistic life of the band, with an extensive discography over 24 phonograms and the adjective of “Train of Cuban Music”.

An expected tour that brings hope

The political climate could not be better. The current approach between the governments of Cuba and the United States announced in December last year has made significant progress this summer, with the reopening of embassies in the respective countries.

The US embassy in Havana, inaugurated last 14th of August with the presence of Secretary of State John Forbes Kerry, was received with joy by the people of both countries.

What a great occasion to enjoy the best Cuban dance music of Los Van Van!

It has been 4 years the Van Van did not show up on American soil, and so far thousands of dancers have enjoyed concerts in Los Angeles, San Francisco, Denver, New York and Miami.

The 14 tracks on the new album are distributed first by the record company Sony. Five of them are authored by the former director of the band, including the song that gives the title to the album, and has also the participation of that amazing voice of Cuban music that was Juan Formell.

The band, during its 45 years of life has been presented in the most important stages of the whole world being recognized in 2000 with the Grammy with his album “Llegó Van Van”.

With 12 confirmed presentations, they were on August 7th at the Howard Theater in Washington DC, on the 8th at the Lehmann Center, New York, and the 9th at the Thalia Hall of Chicago. They also delight lovers of fine Cuban music on the 13th at the Conga Room in Los Angeles and on the 14th they performed at the San Francisco Jazz Center and on the 16th at Sam’s Town Hotel in Las Vegas.

On August 19th, they gave a concert at the National Hispanic Cultural Center in Albuquerque and today the 20th of August are presented in Denver at City Hall. Tomorrow will perform in New York at the renowned stage at BB King’s and the next day they will fly to Puerto Rico to play at the Convention Center in San Juan.

Closing his tour, Los Van Van delight to the many who love their music in Florida, in a presentation on the 28th at the Majestic Convention Center in Orlando, and end the US Tour on the 29th of August at the James L Night Center Miami.

“Fantasy” was awarded in the past Grand Prize Cubadisco 2015, but the shows will also include classic themes of this band as “Muévete”, “Sandunguera”, and “Esto te pone la cabeza mala”, among others.