William Vivanco has it all figured out 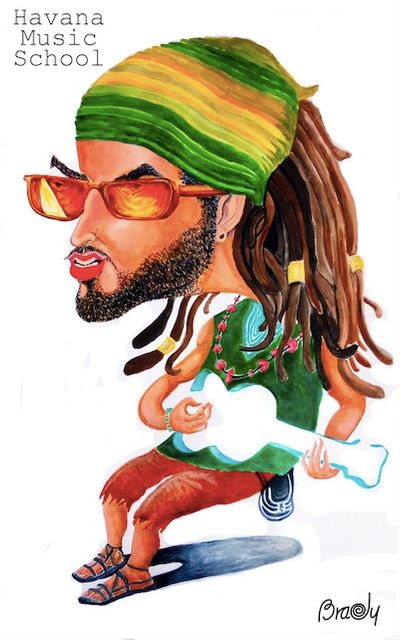 William Vivanco is known as one of the main representatives of the so-called Nueva Trova “criolla” on the island.

His rhythms combines different musical genres and his lyrics the common man echoes. By dint of perseverance, intelligence and good music William has earned the appreciation and respect of his audiece.

Slowly and without eccentricities but with much originality and style, William Vivanco has inserted in the taste of his audience compositions as Cimarrón, Barrio Barroco, Como un tango Gris, La isla milagrosa, Siento, El viejo Simón, including more recent production.

William Vivanco: with music in the blood

William Vivanco was born in Santiago de Cuba, the capital of the son, on October 6th, 1975. As a child he was interested in music and learned to play guitar at the Casa de la Trova in Heredia Street. He learned to play with his voice, thus tearing his so attractive in the popular Madrigalista Choir.

The singer was released in the streets of Santiago before deciding to come to Havana “with forty pesos in his pocket”, as its title track tells. His first musical contract would be stamped with BIS MUSIC. Here he was part of an album dedicated to new and unknown Cuban troubadours, with two of his works.

After that his career was on the rise. The public was attracted by the mixture of his song rhythms and soon he received an offer to granar his first solo album. His peculiar way of singing was his main menu entry and what called the public’s attention on his song Cimarrón, brilliantly supported by his music video.

In 2002, again under the label BIS MUSIC, he releases his new work Lo tengo to pensa´o. Songs like El cimarrón y Barrio Barroco became so popular themes that the singer himself confesses that many people sings fragments when they see him on the street.

A career on the rise: the mark of William Vivanco

After the release of his first album, William Vivanco recorded with Cuban rapper Telmary Diaz (who had worked on his first album on the song Chula) and collaborated with other young musicians of his generation. Some time later, in 2006, it came to light La isla milagrosa under the production of Descemer Bueno and Roberto Carcasses. This time the EGREM label was in charge of the album.

The music of William Vivanco is the story of his roots. The mixture of genres like reggae and rap is what really attracts his public. Also his bold letters are the brand that distinguishes him from other artists. Impossible tones and graceful onomatopoeia of his lyrics, discover the common man in every letter.

His colloquial twists continued in his third album “El mundo está cambia´o”, produced by BIS MUSIC record label in 2009. William Vivanco sought in this album a traditional sound to identify himself with his Santiago, closer to the traditional Santiago trova. With the company of Eliades Ochoa, Jesus Cruz and Tommy Garcia, among others, this album we find a Vivanco more grown as a composer.

A lavish and multifaceted artist

The release of his fourth album Mejorana on February 5th, 2016, is the result of his last forays into Latin American music genres, together with his now classic repertoire songs.

It is a clear indication that William Vivanco has not stopped to contemplate his successes, and continues to work hard to build his exceptional career. He has performed at international festivals and theater with live music, and is one of the regulars on the Interactivo from Roberto Carcassés.

William Vivanco is a point of comparison for each new contemporary Cuban troubadour. His image and characteristic rhythms have become an icon of our music and continue to attract the public as the first day.

If you like this artist, share this article to your friends on social networks so that they know a little more about good contemporary Cuban music. And don’t forget to leave a comment about this singer of our time.