Yusa – The ambassador of Cuban music in the new century 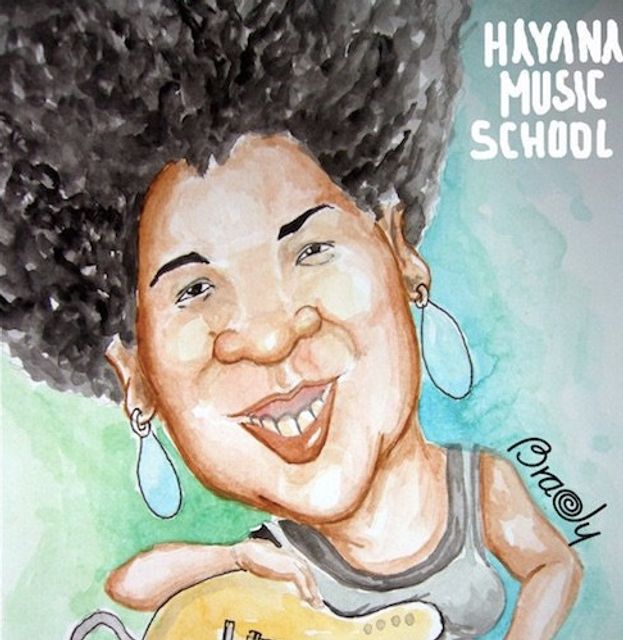 Yusa is recognized as one of the leading voices of Cuban music of the XXI century. Her compositions have earned the recognition of her contemporaries on the island and international admiration.

Music has always been present

Yusimil Bridón Lopez, known as Yusa, was born on September 24th, 1973, in the neighbourhood of Playa, Havana. However, she grew up in Alamar surrounded by the ocean that so much influenced her compositions. It is difficult to say when the music got into her life, but there was not a moment of her childhood when the music was not present in her.

Her music studies (classical guitar) began at Alejandro Garcia Caturla school, then she went directly to the Amadeo Roldan Conservatory. Here she specialized, to general surprise, in Tres Guitar. Electric bass, keyboard and percussion instruments were incorporated into her repertoire while playing in bars and clubs of Havana.

She was part of a quintet called Quasi Jazz women, in which she played a different and closer to that characterize jazz fusion. She soon decided to start composing her own music and thus signed with the British label Tumi Music. Her first album Yusa (2002), was recorded with Pavel Urquiza, Roberto Carcasses, Jorge Alexander and Oliver Valdes. This album introduced Yusa on the international stage.

She won the Cubadisco 2003 in the fusion category. Her career never stop rising since that moment. With her album Breathe (2004), she was once again awarded twith he Cubadisco and in 2006 she joined as a musician and composer of the famous Cuban group Interactivo.

Freedom as a personal stamp

Freedom has always marked the life and artistic production of this singer-songwriter. Her album Haiku (2008), by the Brazilian producer Ale Siqueira, is one of her most intimate and demonstrates its endless capabilities. She has shared the stage with Haydée Milanés, William Vivanco, Kelvis Ochoa and Francis del Río. She has also performed with Interactivo and Domingo Candelario duo formed at the beginning of his musical career.

In 2008, at the end of her contract with Tumi Music, she founded her own label YUSA Records, with which she recorded her fifth album, Libro de cabecera en tardes de café in 2012. This laid the basis of her talent with musicians of the level of Omara Portuondo, Raly Barrionuevo, Telmary Diaz, Veronica Condomí, Liliana Vitale and others.

Her performance has earned her two nominations for the World Music Awards BBC Radio 3 in the categories of best album and best beginner American artist. Her performances in London during the period 2003-2004, with Interactivo group, had as a result the DVD Yusa live at Ronnie Scott (2010).

She has toured Brazil, Netherlands, France, Ireland, Japan, Scotland, Germany, Italy and Belgium. Yusa is able to condense Cuban music with international music, taking all without typecast and sowing in that no one’s land called fusion, to create a style all her own that draws the listener. Its blend of trova, son, pop, jazz and Brazilian rhythms well she deserves to be known as one of the most interesting Cuban artists of the century.

If you love the music of this great Cuban artist, share this article to your friends from social networks that are also interested in it. And do not forget to leave us a comment about it down here.