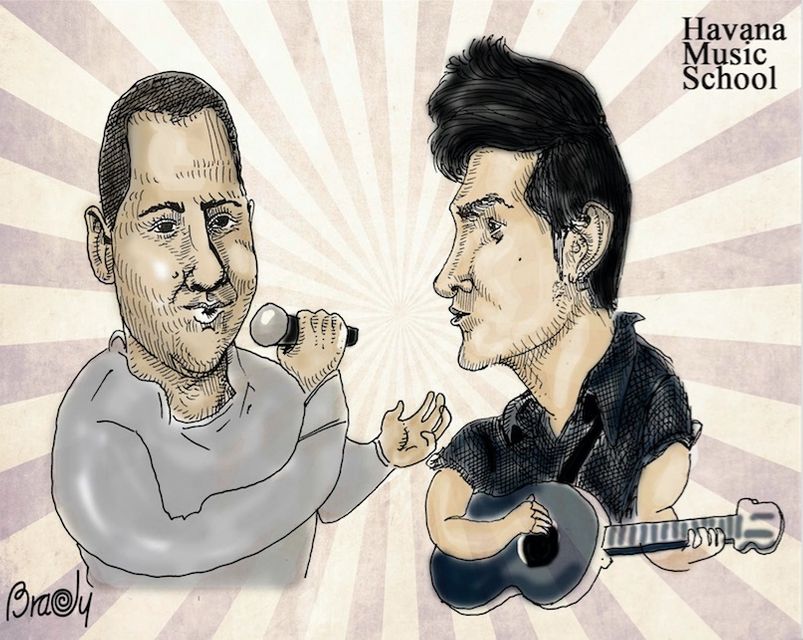 Pop-rock has in Cuba performers who have made history, and one example is Buena Fe.

The idea of the group was born in the province of Guantanamo, but began just as a duo of Israel Rojas and Yoel Martínez. In 1999 the passion for music brought them together, although many people felt that their project would be a total failure.

Strange mixture, Israel was a lawyer and Yoel was a waiter, but his passion for music made them work together and start from scratch. Israel’s self-taught as a singer and Yoel’s musical attitudes where their tickets to fame.

Being “Born in the magical Caribbean”, as they claim, made the Hermanos Saiz Association (AHS) in Guantanamo recognize his talent and motivate them to move to Havana. In 2001, the Cuban EGREM label supported them in recording their first album, “Déjame entrar” (Let me in).

From this moment, they became a group and they start to incorporate more sounds to their repertoire. Now they had an electric guitar, a keyboard, drums and a bass all of them looking for a style that meets the Pop, Rock and the Cuban Trova, resulting in a genre that has no choice but to be called Cuban Pop-rock, with a native seal and forms.

Free as possible, or at least less manipulable: Brave People

The success of Buena Fe is above all on his lyrics. They can portray and criticice society unceremoniously but without any acrimony. Each song has a lyricism and poetry undeniably, each trace stamped with the brush of Cuban idiosyncrasy and sometimes fun with a fine mood.

Buena Fe concerts summon crowds, mostly college students or people who follow them from the very beginning. For example, in 2006, they brought together more than 300,000 attendees in one concert. Even with the limitations of Internet in Cuba, Buena Fe has over 50,000 followers on the social networks.

Currently, the band in again on the news. After 8 albums and 16 years of artistic life, Metamorphosis, Ricardo Arjona’s label has produced a new album of Buena Fe. The release of “Soy” (I Am), coincided with the opening ceremony of the US Embassy in Cuba, as symbol for decades of damaged relationships. So this day will be remembered with double joy for all Cubans.

The 16-track anthology also becomes at a time of consolidation of the group and a new start toward true global recognition. They included three new songs like “Casanova, Cecilia Valdes and Sleeping Beauty”, “Oraré” (I will pray) with Vocal Luna, and “Dame guerra” (Give me war”). Other songs are reissues of hit songs “No juegues con mi soledad” (Do not mess with my loneliness), “Fabelo”, “La culpa” (Guilt), “Noviembre” (November) or “Miedo” (Fear). Thanks to the work of Ricardo Arjona and his label, again all the fans will have the “illusion as a flashlight in the darkness” that Buena Fe offers.

If you want to know more about our Cuban music, do not forget to subscribe to our site. And please, help us to promote good music sharing this article on your social networks.