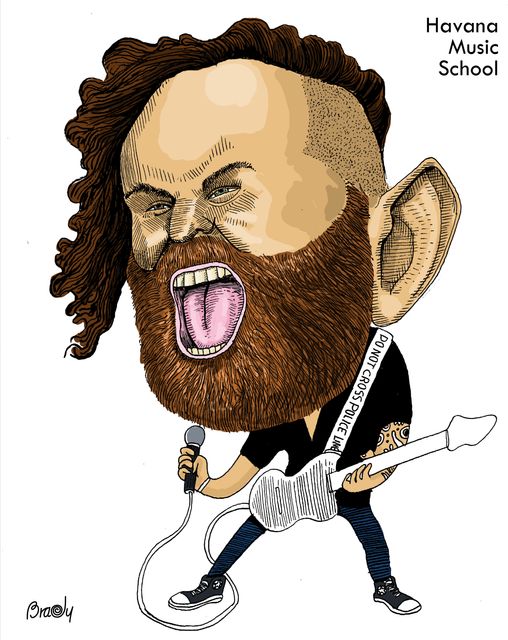 Bouquet is a rock band that was born in Cienfuegos in 2003. Led by Aivis Prieto and Pavel Cama, it has pioneered a unique rock style, a rock made in Cuba.

Already in its beginnings, Bouquet appeared as an amateur group at a university festival, playing covers. The jury did not hesitate to grant them the highest distinction and they win the festival of their province. Shortly after they would be formed as a rock band. Bouquet composes his own songs and since 2007 they jumped into the professional field.

During all these years Bouquet has been true to its style. The group has managed to leave its mark in every concert or festival it has attended. Without a doubt, the voice and talent of Aivis Prieto will soon become very famous not only in Cuba but also on the international scene.

It is the last album of the band, second LP but first of pure original songs. It includes two songs from Bouquet’s early years, from EPs that enjoyed local popularity, now recorded with a quality production. Dressed Up Animal will be the first of a trilogy with a similar approach, the result of which will constitute a sample of all the different styles and influences that have been shaping the band over the years.

Before the release of this new album, the band was already leaving us tracks of the same quality with the singles “Las Grandes Chicas” and “Mind Blower“.

Bouquet is currently part of the national catalog of excellence of the Cuban Institute of Music. The song “Fantasma” was nominated in 3 categories at the Cuerda Viva 2007 awards. The video clip for “Lighting” was nominated at the Lucas Awards for the best rock video.

The band has participated in national and international festivals. For example in rock music: the annual AHS Rock Festival in Villa Clara and Cienfuegos. Also in 2019 the band attended the National Alternative Music Festival.

Bouquet has also maintained a constant participation in all editions of the Festival de Alternative Music Ciudad del Mar and other Specialized Rock and Fusion Festivals. It even became part of the Ibero-American Culture Festival.

Bouquet’s musical style is inspired by an eclectic hard rock with grunge influences, the metal, and progressive rock, as well as traditional music and Cuban songwriting.