Knowing Benny More – The Barbarian of the rhythm 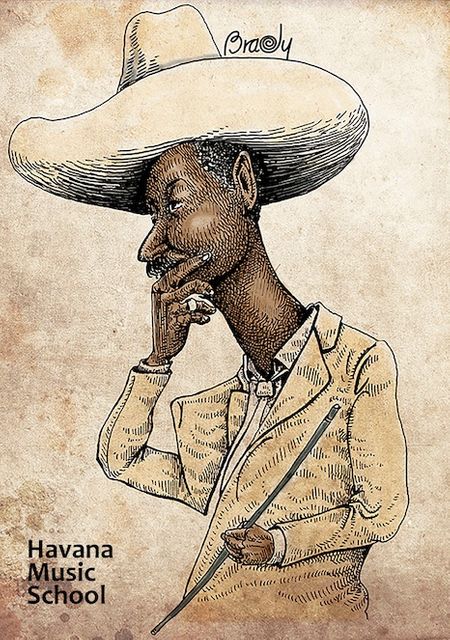 Known as “The Barbarian of the Rhythm”, Benny More is one of the brightest stars of popular music in Cuba.

Known for his innate talent, this brilliant musician and composer, shone in all genres. Themes such as Bonito y Sabroso and ¡Oh, Bárbara!, have made an unforgettable icon of the culture of his country.

Bartolome Maximiliano More Gutierrez was born on August 24th, 1919, in Cienfuegos municipality of Santa Isabel de las Lajas. As a child he learned to play the insundi and yuka drums, dancing to the rhythm of the orishas invocations and interpret the son, the rumba and the guaracha.

His passion for music and singing led him to create his own boleros, sones and country tunes. In the early 40s, he can be seen singing in bars, cafes, restaurants and hotels in the capital.

He got his first steady job singing with the septet of Lazaro Cordero in radio CMZ. Not long after, he debuted at the station 1010 with the Cauto Septet of Moso Borgellá. But it is with the Matamoros ensemble that Benny began his career as a professional singer.

With this group, he recorded his first albums, including memorable songs like Buenos hermanitos, La cazuelita, Me la llevé and La reina de mi bohío. In 1945, the group travels to Mexico. They performed in theaters, dance halls, cabarets the likes Rio Rosa and Montparnasse, and major radio stations.

When the group returns to Cuba, he decided to stay and adopted the stage name of Benny More. His later success was immense. He recorded several albums for RCA Victor multinational, with the orchestras of Mariano Merceron, Arturo Nunez and Rafael de Paz. With the orchestra of Dámaso Pérez Prado he recorded albums as Bonito y Sabroso, Mucho corazón, Pachito e’che and Ensalada de mambo.

The years 50s see him return to Cuba to achieve national fame with songs like Oh!, Barbara, that earned him the enduring title of “Barbarian of the Rhythm”. With a unique voice and a perfect mastery of harmony and musical forms, he evokes all kinds of emotions in people. Beloved by all Cubans, the sidewalks and gardens of the National Capitol overflow every time he sang in Centro Gallego Center.

In 1953 Benny debuted with his first Big Band, formed by some of the best instrumentalists in the country. The new orchestra is made immediately known throughout Cuba, and his records are soon reach in other countries like Santo Domingo, Haiti and Venezuela. Between 1957 and 1958, he performed in the US cities of Los Angeles and New York. Although from the last year his health is impaired by hepatic cirrhosis, his musical activity on the island remains strong.

Until the end of his life, Benny More continues to delight audiences in famous hotels, theaters and cabarets. The great Benny More died in his homeland, on February 19th, 1963.