Muñequitos de Matanzas – You guys are the rumba 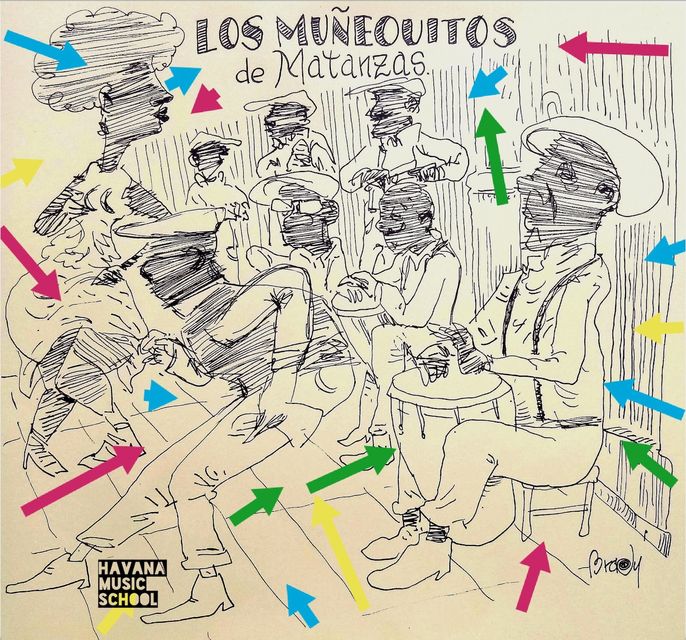 When in 2001 the album La rumba soy yo by Los Muñequitos de Matanzas won the Latin Grammy Award, it was only doing justice to the successful career of this Cuban group.

The group, which is considered one of the best and greatest exponents of the Cuban rumba, was created in 1952 at the El Gallo bar, located in a neighborhood near the Yumurí River in the city of Matanzas.

In a performance by Arsenio Rodríguez, he began to hear the contagious rhythms of some young people who, using bottles, plates and cutlery, began to accompany the popular singer. This was the beginning of a path full of flavor and good music.

At the beginning they were called Guaguancó Matancero, in allusion to the guaguancó which is the variant of the rumba that they cultivate most. Its founding singers Hortensio Alonso (Virulilla) and Esteban Lantrí (Saldiguera) formed an extraordinary duo whose history transcends to this day.

They sang in Yoruba (language of African origin), ñáñigo (dialect used by members of the Abakuá Society) and Spanish, because they were inspired by their religious beliefs, Yoruba and Abakuá, a feeling that their ancestors had brought from Africa.

With their contagious music and their Afro-Cuban dances, which they include in their shows, they have traveled to many countries to put up Cuban culture and its African roots. Thus they have visited England, Spain, Italy, Germany, the United States, Canada, Mexico and other nations of the world. In 2011 they made a successful tour of the United States, and the New York public welcomed them with great enthusiasm and admiration for their excellent musical and dance work.

In addition to his career in performances include in his work the workshops of singing, percussion and dance that perform both for the community and for foreign students.

The current members of Los Muñequitos de Matanzas are descendants of the founders and are considered a great family, a brotherhood that also relies on their deep-rooted religious beliefs.

Los Muñequitos de Matanzas has an extensive discography in his long artistic career. Within this sea of ​​recordings it is worth noting:

In 2001 they recorded La rumba soy yo, a kind of all stars together with the best Cuban rumberos. This production made them deserving of the Latin Grammy Award. But his artistic work does not stop.

So you know: if you want to know more about Cuban music, don’t forget to subscribe to our website and help us promote good music by sharing this article on your social networks.