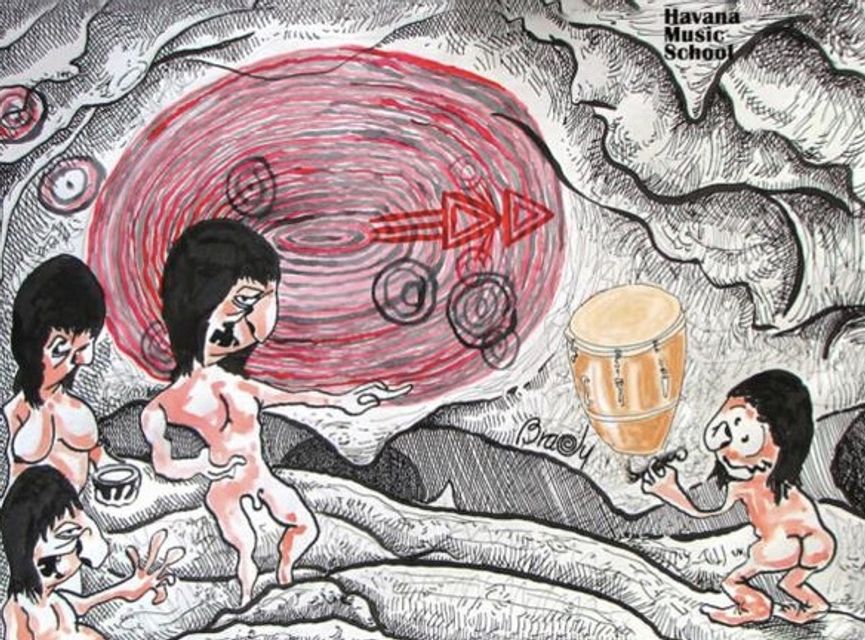 Columbus reached the shores of the island in 1492 and thought to be India, which is why he called Indians.

However, as he was entering himself ashore he saw naked men and women, painted, copper-skinned and with an incomprehensible language. His discovery was even higher when he found out that some nights they gathered in circles to dance and sing, accompanied by rustic instruments that produced sounds. Since then and unknowingly we are a musical island.

Our ancestors did this ritual for each event, celebration and / or religious ritual. They called Areito and is the oldest cultural expression we have. We can say that combined different art forms. This was not only music but also dance and poetry. They had a guide or teacher who led the ceremony, located in the center of the circle.

“And most understand his joy and gladness, they took hands sometimes, and other handle arm in arm, skewered or clinging many in Rengle (or run likewise), and one of them took the time to guide (or it was male or female), and he was certain steps forward and back, as a very tidy contrapás; and the same (and the moment) does or says, very measured at the high or low pitch that guide the tone, and as he does or says, very measured and concerted steps account with verses or words They sing (…) and so endlessly hard you this three or four hours until the guiding teacher or they just dance history, and sometimes takes them from one day to the other”. Gonzalo Fernandez de Oviedo

Indigenous they are seeking all sorts of things that could turn into musical instruments. The need to accompany the oratory and dance sounds led them to create their own. Then they birthed the Guamo also called fotuto or Botuto-, trumpet made of conch, Flute bird bones, and Drum mayohuacan a hollowed trunk whose center has an H-shaped opening that percutía with two sticks something like the sticks we know today.

Today is conserved “The areito Anacaona”, dedicated to this indigenous:

There are also rescued by archeology that recreate a similar atmosphere caneyes Aboriginal sites. Some of them offer the artistic representation of Areíto. Such is the case of “Chorro de Maita” in Banes, Holguin, where the first meeting between the two civilizations and Spanish -the aborigen- happened and today have managed to pass the time in many of its variants, one , the music. Cuban rhythms mix with others from different latitudes and the use of instruments typical of this part of the continent, is recurrent in the different interpretations of Cuban artists.

Perhaps fashion or perhaps because they are already part of a curriculum of different music schools in Cuba, they are simply a legacy of the aborigines, our ancestors and with them its full musical expression: areito.