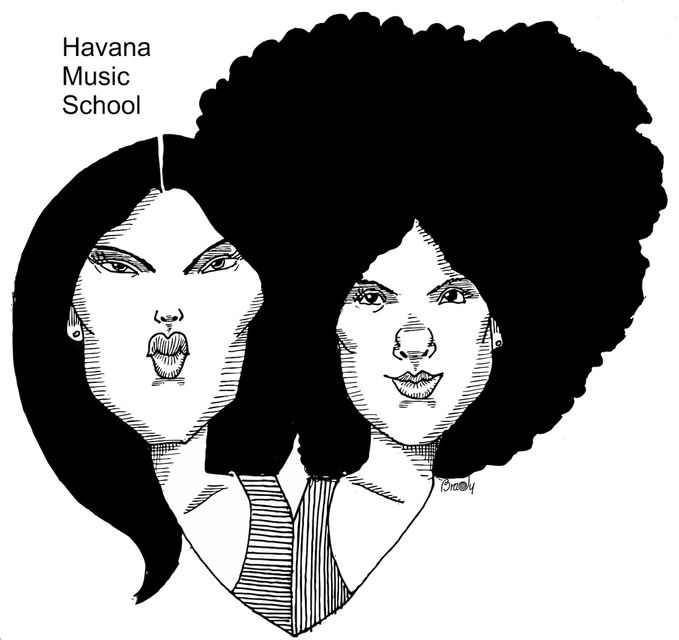 The Cuban-French duo Ibeyi is made up of twins Lisa-Kaindé Díaz and Naomi Díaz. This rare fact makes a good cover letter to stand out. But if we add that these sisters are daughters of Cuban percussionist Anga Diaz, a member of the Buena Vista Social Club, Ibeyi already becomes a name to remember.

The Diaz sisters also offer an unusual proposal in their repertoire. The lyrics of their songs combine English, French and Spanish with Yoruba, rescuing this native language from the Africans who were forcibly taken to Cuba as slaves. The name of the band, Ibeyi (Ìbejì), means “twins” in the Yoruba language.

Born under the same star

There are no surprises here: both members of Ibeyi were born on December 13, 1994 in Paris, France, and both inherited their father’s musical talent. But not only Anga Díaz was and is the inspiration of the twins.

Her mother, Maya Dagnino, is a renowned Franco-Venezuelan singer, who now works as their manager. After living their first two years of life in Havana, they settled permanently in Paris, although they did not forget their roots and traveled to the island regularly to feed on its rhythms and its people.

As a duo, Ibeyi joined in 2013 with Lisa as pianist and lead voice and Naomi on percussion, emulating her father and innovating in the cajon and batá drums. That same year they signed with the XL Recordings label and released their debut album Ibeyi in February 2015, with great international acclaim.

The following year, the twins appear in the short film filmed for Beyoncé’s Lemonade album, then return to Havana and perform live at the CHANEL 2016 Cruise collection. Taking advantage of the same trip, they perform for their audience at the International MUSICABANA Festival.

In September 2017 Ibeyi presents her second album Ash, with the same record label. This phonogram had the participation of guest artists such as Kamasi Washington and Mala Rodríguez. Due to its quality, the production was nominated in 2017 for the IMPALA award as Best European Album of the year.

For this 2021, the duo does not cease in their efforts to please their followers. Proof of this is their new single Recurring Dream, composed for the soundtrack of Ed Morris’s feature film “How to Stop a Recurring Dream”. This director had previously worked with the twins on the video clips River, Ghosts and Deathless in 2014.

Ibeyi offers a rich and varied proposal in rhythms, combining jazz with contemporary electronic music and traditional instruments. In addition to their father, they recognize the influences of musicians such as King Krule, James Blake, and Frank Ocean. His proposals are always marked by a strong spiritual connection to his African roots, while paying tribute to the syncretic practice of Santeria.

If you want to know more about Cuban music and its artists, don’t forget to subscribe to our portal. Also help us to promote good music by sharing this article on your social networks.