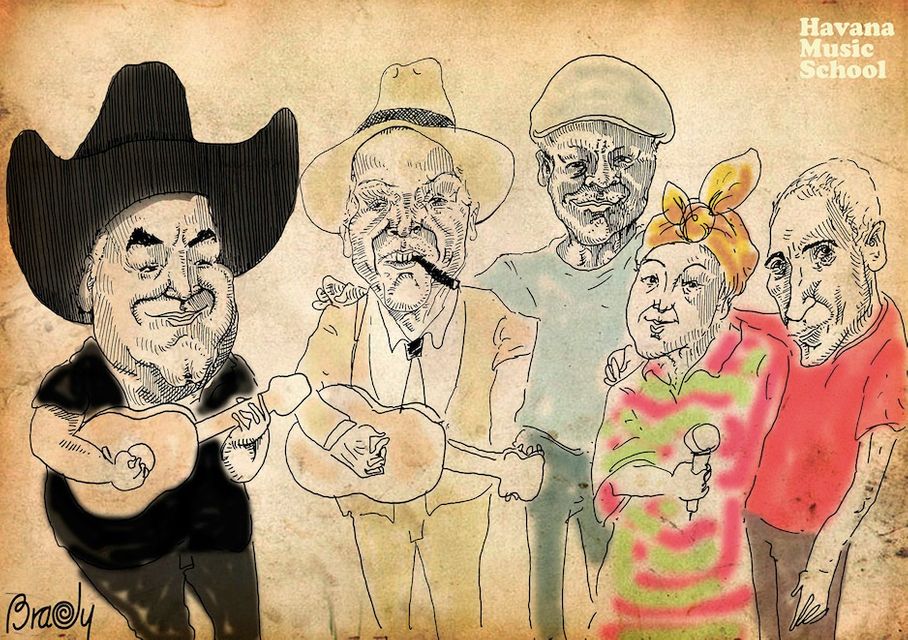 The origin of the Buena Vista Social Club is quiet original.

During the 40s’ of the last century, Havana was privileged by the presence of social clubs. In these places the Havana society gathered to dance and enjoy the music. One of them was located in the neighborhood of Buenavista in Marianao, where luminaries of the Cuban music scene were presented.

With the triumph of the Revolution these centers disappeared, but nevertheless, in 1996 the American producer Ry Cooder had the idea of bringing together several of the musicians who shared the stage with him at the club Buenavista.

Including Compay Segundo, Omara Portuondo and Ibrahim Ferrer, thus was born the Buena Vista Social Club, which immediately stood, with its own light, in the global stardom.

In 1997 appeared the debut recording, titled Buena Vista Social Club. Contrary to what one might expect, the album was a resounding success, both critical and box office the tour the group performed. The Dutch filmmaker Wim Wenders made a documentary about the performances of the orchestra in Amsterdam and New York, as well as interviews with its members.

The result was an Oscar nomination for the film, in addition to the award for Best Documentary at the European Film Festival, and a Grammy for the album, a big sucess for a recording made in Cuba. The band sales above 8 million copies and, if that was not enough, Rolling Stone magazine selected him as one of the 500 best albums of all time. The triumph of Buena Vista Social Club sparked massive interest in Cuban music.

The first won a Grammy award, when Ibrahim was 73 years old. The unequalled style of Buenavista cannot be pigeonholed in a genre, but undoubtedly his biggest influence is the Cuban son. But no one can’t help to noticed the influences of jazz, feeling and other Cuban and international traditional rhythms.

The advanced age of many of its members prevented the continuity of the project. Compay Segundo and Ruben Gonzalez died in 2003 at 95 and 84 years, respectively, while Ibrahim Ferrer died at 78 in 2005. Currently, Omara Portuondo, the surviving members and some new members had made the farewell tour of Buena Vista Social Club. At the end of the tour, the Buenavista, a definitely huge legend of Cuban and world music, will cease to exist.