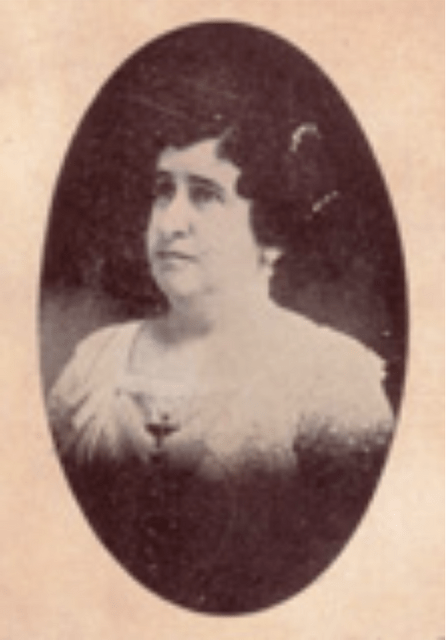 Being a woman and musician in the nineteenth century was to be exceptional, but woman, musician and fighter at the same time was to be above the most austere looks of a very conservative society that did not look at women with equality to men. This was the case with Ana Aguado Andreu.

In 1868 he was born in the city of Cienfuegos, in central Cuba, and since age 7 began his training as a musician. However, at age 12, along with her family moved to Spain, just to La Coruña. His training continued with different teachers who endowed her with knowledge of singing and piano.

However, just by that age the master Emilio Agramonte that would mark her life, not only for his knowledge but also for his ideas regarding his country, because he was also Cuban. In the Spanish metropolis he culminated her training and established herself as one of the best sopranos, getting a professional contract in the exclusive Liceo Brigantino, La Coruña in 1883.

Two years after returning to her native Cienfuegos she participated in several gatherings and concerts that consecrated as one of the best voices in Cuba. She also shared the stage with the best quality shining musical, musicians like Thomas D’Clouet, José Manuel Lico Jimenez, flutist Ramon Solis; pianist Lico Jimenez and flutist William M. Thomas and others. The latter man would occupy the most important part of her life as he became her husband later on.

For those years Cuba had ended the Ten Years’ War and was brewing and preparation for war in 1895. War conspiracy and turbulent climate on the island led Anne to leave the country, this time to the United States. Guillermo was exiled there. There he settled in the neighborhood of Brooklin by the movement of revolutionary artists that existed between Cuban émigrés, organized by his former teacher Emilio Agramonte.

Ana Aguado stood for organizing evenings they had in order to gather the movement for the Cuban cause. Ana Aguado was one of those people who from exile helped organize the war against Spain. Such was their work that José Martí praised his work:

I gladly take this opportunity to inform that the Commission of the party Club, referred you seven ticket entrances, to give foretaste of fraternal gratitude that my colleagues and I estimated the benevolence with which lends you. To help with fame its name and charm of your voice, to the party. The main ornament. The troubled times of our land need these consolations. To prepare to die is necessary before hearing the voice of a woman like you. I’m so busy in my life and fear seem intrusive, it has been the cause of which was not in person, as I send my sincere affection, to thank you and your husband the service provided to us, and is in my eyes a lot more so spontaneous. But I have a special pleasure the first time in shake hands with Mr. Tomás and myself at the feet of our noblest admired artist.

Affectionate of you, respectful servant.

In 1898, after Ana Aguado finished the war, she returned to Cuba with her husband and son. Once they settled in Havana she became music teacher at the National Conservatory of Music in Havana Hubert de Blanck. He died in 1921 due to problems on her throat.

Ana Aguado came to become one of the best lyrical voices of Cuba. It was a musician and patriot woman who put his art in terms of the independence of his country.