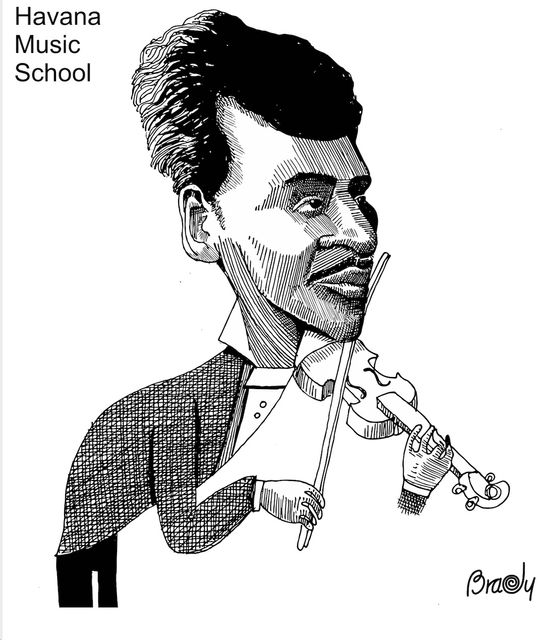 The history of music in Cuba has recognized in its fair measure the contributions of those who have stood out for their excellence. Such is the case of the violinist Claudio Brindis de Salas, a man who triumphed despite the stigmas of his time.

This excellent musician perhaps had the chance to lose, because for the color of his skin he was rejected by the society of the 19th and 20th centuries. However, with a stroke of talent, he knew how to transform difficulties into victories and inscribe his name forever on the pentagram of history.

The virtuoso of color

Claudio Brindis de Salas, nicknamed “the black Paganini” by Alejo Carpentier and “the king of the octaves” by the critics of his time, was born in Havana on August 4, 1852.

His father was a violinist and double bass player in the La Concha de Oro orchestra, which at that time dominated the city’s dance hall scene. As caste comes to the greyhound, it was he who introduced the young Claudio to music and at the age of 10 he gave his first concert at the Liceo de La Habana. José Van der Gutch, his tutor, served as his accompanying pianist.

The young violinist’s talent, also seen as a prodigy due to his age and his skin color by Havana’s high society, won him a scholarship in Paris to perfect his art with the masters Dancla, David and Sivori.

After graduating with the highest honors from the Paris Conservatory in 1871, he began a series of performances that included the most prestigious concert halls in Berlin, Buenos Aires, Caracas, Florence, London, Madrid, Milan, Paris, Saint Petersburg. and Vienna.

The young master’s quirky playing won praise wherever he went. Thus, he was awarded the Prussian Order of the Black Eagle Cross, and the French Legion of Honor. One of his patrons was Kaiser Wilhelm II, who named him a Baron and a musician of the Emperor’s Chamber.

Salas married a German aristocrat with whom he had three children, but persecuted by debts and his licentious life, he separated from his family in 1898 to go to the twilight through various cities of Spain and America.

Decline of a genius

Despite his success, Claudio Brindis de Salas suffered frequent bouts of depression and nostalgia, in addition to leading a disorderly and bohemian life.

Due to this, he died poor and forgotten on June 1, 1911 in the city of Buenos Aires, where years before he was given a Stradivarius violin. There he was buried in a mass grave of deaths from tuberculosis, but fortunately the Argentine newspaper La Razón rescued his story and made a public collection to bury him in a dignified way in 1917.

In Cuba, however, the genius of the king of the octaves was not forgotten. It was only in 1930 that his remains were able to move to Havana, and now the great musician now rests in a bronze urn inside the church of San Francisco de Paula, in whose square there is also a statue in his honor.

If you want to know more about Cuban music, don’t forget to subscribe to our portal and help us promote good music by sharing this article on your social networks.