Enrique Jorrin and the chachachá 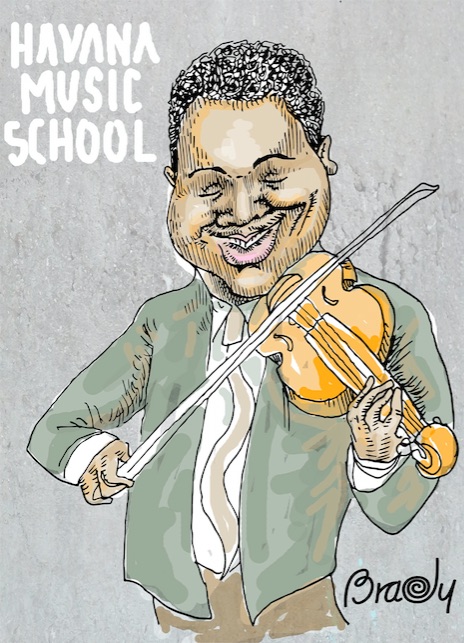 Enrique Jorrin Oleaga was born on December 25th 1926 in Candelaria, the western province of Cuba, Pinar del Río. Since his childhood he was noted for his exceptional talent when his father Miguel Jorrin taught him how to play the old piano in the house.

Over time the piano got deteriorated, but that didn’t stop Enrique, who replaced the violin from one of his brothers. When the family moved to Havana in the mid 30s, Enrique Jorrin continued his musical studies at the Conservatory, current Amadeo Roldan.

The young talent was highlighted for the first time at age 11, when he created and performed his first danzón named Hilda, accompanied by the group “Selección”. A year later he wrote the violin part of the danzón Osiris, one of the most emblematic songs of the future Orchestra Enrique Jorrin.

The Engañadora and cha cha cha

The main contribution of Enrique Jorrin to music took place in 1950. During this year he released in the music venues located between Prado and Neptuno his first cha cha cha, “La Engañadora”, which would give title to his first album recorded in 1953. The new musical rhythm soon gained public acceptance thanks to the balance between time and melodies that characterized setback.

So far he had dominated the danzón, which transformed Jorrín trio also including vocals. Neodanzón called in their beginnings, stand among the top chachachás other issues such as El túnel, Nada para ti, El alardoso and Me muero, to name a few examples.

Enrique Jorrin Orchestra and its influence on a generation

In 1954 Enrique Jorrin Orchestra was founded, and later in 1955 made his first foray abroad with his visit to Mexico. This is where the new rhythm became very successful and its creator improved the sound of the group with the addition of trumpets and the amplification of bass and violins.

Later the band toured other American countries like Panama, Venezuela and the United States, and also became known in Africa and Europe. The cha cha cha soon become a symbolic rhythm of Cuban music. Groups such as the Orquesta Aragon and Orquesta America, and authors such as Jorge Zamora, Richard Egues, Frank Perez, Isabelita Serpa, Ruddy Calzado and Pedro Junco, among others, would follow in the footsteps of Jorrín.

The death of a large Cuban music

This very remarkable teacher dies in Havana on December 12, 1987, at the age of 60. With his artistic talent, his charisma and his violin, Enrique Jorrin is an icon of the Cuban music and one of its main and most beloved representatives. Its relevance is such that even today the cha cha cha is a mandatory competitions in ball room within Latin American rhythms.

If you liked this article, share it on social networks and leave a comment to let your friends know more about this great artist who was Enrique Jorrin.