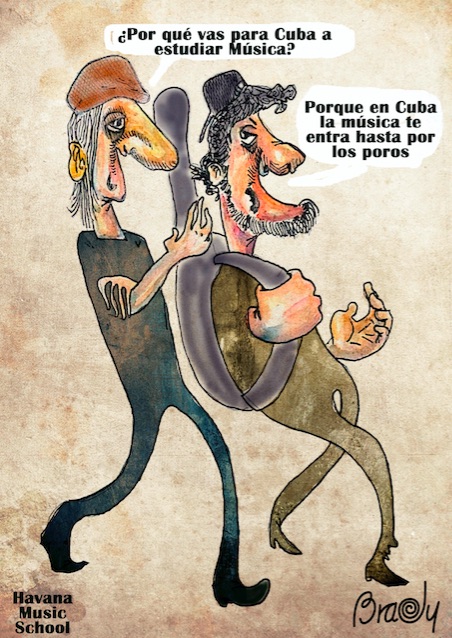 “In 1903 was inaugurated in Havana the Municipal Academy of Music, an instrumental practice recognized school for children of poverty, founded and directed by Thomas, who also directed the Municipal Band. It was, for nearly sixty years, our only official music school”. Jose Ardevol

The Amadeo Roldan Conservatory was not always named like that. With the name of musical academy “Dr. Juan Ramon O’Farrill” was inaugurated, on October 2nd, 1903, and would became the most prestigious music institution in Cuba.

On the initiative of who was the first mayor of Havana, the Cuban patriot doctor and Mr. Juan Ramon O’Farrill. The center also housed the Municipal Concert Band directed by one of the best musicians on the island, the master teacher William Thomas.

The academy moved through several locations in the city until 1942, when the construction of the place we know today began: Rastro St and Calzada de Belazcoaín. . However, if today we say musical academy “Dr. Juan Ramon O’Farrill”, few know what it is, as its present name is Amadeo Roldan Conservatory.

This is because this musician directed the musical academy from 1936 to 1938, that was converted in 1935 in the Municipal Conservatory of Havana. From that moment and going forward new professorship arecreated and the academic level reached a great level for music studies in Cuba, they were the History of Music and Esthetics and Harmony and Composition are created.

It was the most accredited institution of higher professional status until 1962. Thereafter comes the School of Music at the National Art School (ENA) in September 1976 and formal training in music, the School of Music Instituto Superior de Arte (ISA), responding to the government’s plans of expanding his musical studies in Cuba.

“Due to health problems I couldnt continue at the National School of Arts, entering the Amadeo Roldan conservatory. Then began a period of constitution of the chairs of percussion, with excellent head teachers such as Arahù Domingo and his son Luis, who were my teachers (…) I also prepared to develop methodological work, teach, and touch with some grouping. Teachers took us to share with the Symphony Orchestra as a student practice, which I am very proud”.

“In the late 60s I rejoined the Amadeo (…) I became a student of César López on piano and piano he graduated. He had also begun to study organ with Manuel Suarez, one of my great memories of life”.