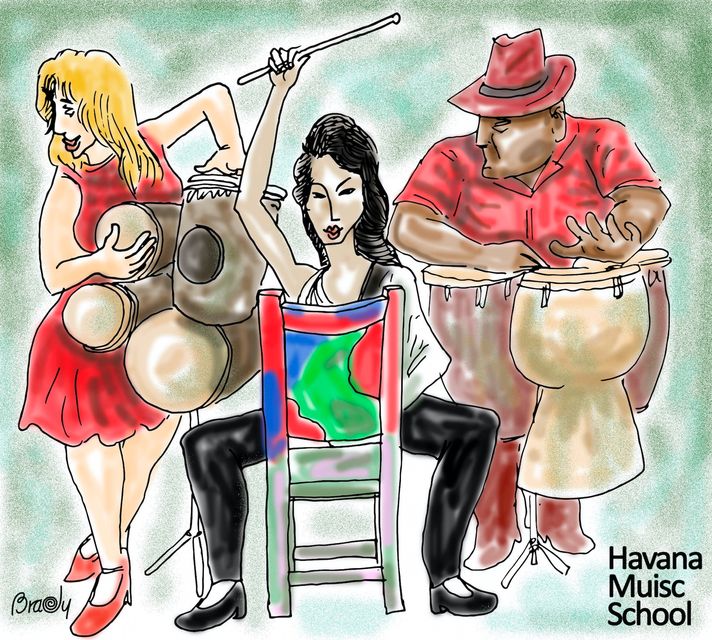 In 2004, four dancers from the Lizt Alfonso Ballet decided to launch themselves in search of new horizons, which led to the creation of Habana Compas Dance, under the general direction of the choreographer and dancer, Liliet Rivera. Shortly afterwards, with the help of Eduardo Cordova, the group’s musical director, they began to merge Cuban music, dance and percussion with a style unique in Cuba and the world.

The initial dream of Habana Compas

Already through the mixing of Afro-Cuban and contemporary rhythms with flamenco and other Spanish dances, Habana Compas was the living example of Cubanness. However, the inclusion of percussion in the repertoire made them achieve that dream of being completely different from what was done in Cuban music and dance.

Eduardo Córdova’s proposal of performing on stools as a percussion instrument has been his most characteristic feature ever since.

On the other hand, the director Liliet Rivera acknowledges the challenge that it represented to separate from the styles that they already knew and to catch more artists in their new fantasy until establishing the current format of 24 dancers, 2 dancers and 7 musicians. But success accompanied every step and today, where Cordova puts the percussion and rhythm, she creates the dances, elaborating a careful and spectacular result of artistic reciprocity.

Havana Compas a different style around the world

Habana Compas’s unparalleled style has earned him applause on stages in the United States, Mexico, Chile, Turkey and South Korea, among others. With their show Fusion and Passion they toured several Latin American countries during 2016, as well as Canada and again the United States with presentations in Washington D.C. and Tampa. Through the union of Spanish dances and African percussion they achieved the deserved distinction that makes them different from everything that existed before and after this company.

On the national scene, Habana Compas won the Popularity Award given by the viewers of the program Bailando en Cuba, a detail that shows the recognition they have achieved thanks to their efforts and innovative techniques. Also outstanding is their work with audiovisual producers such as Armel Villasol and Esteban Vázquez and their work with a first class orchestra such as Los Van Van.

The community work of Habana Compas

The dance and percussion company Habana Compas is located in the heart of Marianao, a municipality of Havana, where more than 400 children and young people between 5 and 18 years old are currently trained in these subjects. Liliet Rivera has expressed her wish for these to be the company’s relays, as well as an encouragement to professionalism and artistic training.

The teachers are none other than the dancers themselves of the cast and the classes are free, always betting on the rescue of the traditions of Cuban music and its dances, in mixture with the same percussion techniques used in their unique shows.

It is a great pleasure for you to join our community by subscribing to these pages. We also appreciate that you share through your social networks the promotion and diffusion of this and other articles about Cuban music and performers.