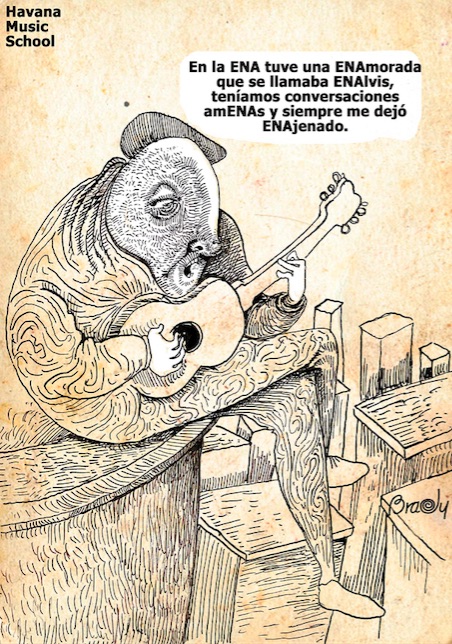 The National School of Arts (ENA) aka “the City of Arts”, was founded in March 1962 in the west of the capital, at the Cubanacan neighborhood.

The exclusive golf course belonging to the Country Club of Havana, crossed by the river Quibú, gave way to the place to the current temple of arts of our country.

On February 18th 2013, the set of five buildings that make up the National School of Arts (ENA) and the Instituto Superior de Arte (ISA) was declared National Monument. The architects Ricardo Porro, Roberto Gottardi and Vittorio Garatti received in Italy the Vittorio de Sica Architecture Award 2012, in recognition of this majestic work.

According to UNESCO, this compound is listed as one of the most important Cuban architectural structures and disseminated internationally. It is considered as a unique and representative monument of an unprecedented historical moment. It fulfills a social and practical function, and also has a high cultural and ideological value, being one of the most outstanding examples of the Modernist Movement in Cuba.

Emergence of a sui generis place

The National School of Art arises from the need to create a system for arts education in Cuba and achieve its expansion throughout the country. Treasuring our cultural traditions, and conceived as a multidisciplinary center, it gathered the best examples of art in all its manifestations to create the first faculty.

For the first time in history, an art school received students from all social classes and regions, making it majority´s right. The selection is based only on the ability and talent of the candidates, which are subject, prior to admission, to very rigorous and grueling tests.

In the first academic courses, students had to overcome two levels of education (elementary and middle), but in 1976 it was created the ISA for university education of their students.

Expansion of education at the National School of Arts

The high demand prevailing in these centers has ensured that the artistic and educational work in every school meets professional excellence, and become ambassadors of development achieved by art education in Cuba.

The National School of Arts is a paradigm of Cuban culture. This demonstrates the prestige and respect achieved by our country is that area within and outside our borders, reflected in our artists, which are recognized throughout the world.

If you want to know more about our Cuban music, do not forget to subscribe to our site. And please, help us to promote good music sharing this article on your social networks.