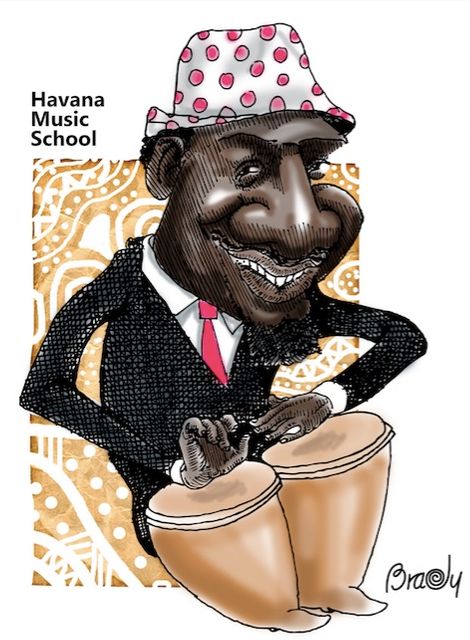 In the sequence that introduces the most revered of all Cuban films (Memories of Underdevelopment, by the director Tomás Gutiérrez Alea), the music of a group is heard playing that, for just over a minute and a half, repeats the phrase: “Where? Teresa is there?”.

The rhythm is contagious, the main drummer of the group hits the leather with force and flavor, the dancers (and, in general, the people who are in the place, a public space, under the open sky) enjoy the occasion. Just pay attention to the faces. The group is composed of percussion, brass and iron instruments, in addition to the singers; its main drummer, and director, is called Pedro Izquierdo and is known by the stage name “Pello, el Afrokán”. We must also add the trio of dancers, led by one who shows bright blonde hair and who, popularly, is known as “the blonde of the Pello.”

This scene of popular joy, in which many of those present, perhaps the majority, are black skinned (in all its most diverse varieties) is traversed by the sudden sound of three shots, the fall of a man (presumably dead) and the circle that opens around him. The wonder of the sequence is that the music does not stop even when the police remove the body on their shoulders; the same in the passion shown by the performers, as in the evolutions of those who dance. According to the script of the film, the scene takes place in 1961, although –according to the encyclopedic Dictionary of Music in Cuba (volume III, p. 235), by the author Radamés Giró– the reference rhythm, named by its author “Mozambique” , was not presented until 1963.

The above indicates that the director of the film, regardless of the anachronism, wanted the mentioned dramatic situation and the “black” music that accompanied it to appear in the introduction to his film. Syncopation music, born from the popular stratum and perhaps the first music “of the Revolution”, at least if it was dance. From my childhood years I remember the excitement and the sound, as if it were a magnet, of Mozambique and – despite the fact that I am a poor dancer – in some box at home the photograph of an end-of-year party survives, in elementary school, in which I appear disguised as “Pello, el Afrokan”.

I still remember that my mom made the sideburns, she painted them, with corks of burnt bottles. More interesting than this is the fact that in one of the most famous numbers, “María Caracoles”, the block of trumpets and trombones slowed down together with singers and dancers to, with a blow, “loosen up” again and give place to a maelstrom of jumps, rubs, sweat, wiggles and tasty joy.

On September 11th 2000, Pedro Izquierdo passed away. It had been a long time since “Mozambique”, his explosive creation, had that destiny of oblivion that awaits ephemeral fashions. He was, however, an enormous renovator and, at the time, “made the whole country dance”. Numbers such as the aforementioned “María Caracoles” and “Walk like a comic” passed to the collective memory. Of those numbers there is one that I still find fun in a special way today and that, for me, summed up all the joy that danceable rhythm could convey: