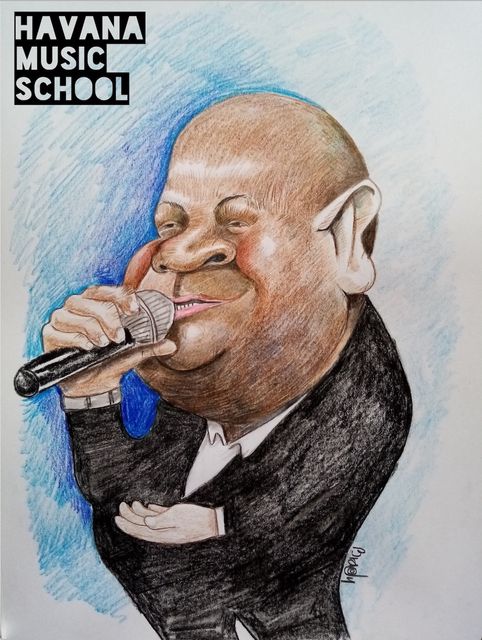 The Cuban romantic song has been renewed in recent years, and it has been largely thanks to a voice that captivates crowds: Waldo Mendoza.

This interpreter, one of the most requested on radio and TV, has filled the hearts of Cubans and many other people with his tender style and lyrics full of meaning and love. His pleasant voice inspires tenderness and makes falls in love audience of all ages.

When he began his journey in the movement of amateur artists, Waldo Mendoza wanted to sing as Silvio Rodríguez and Pablo Milanés, the highest exponents of the New Trova in Cuba. This young man, born in Havana in 1966 and completed Musical Education studies at the Enrique José Varona Higher Pedagogical Institute in the capital, but he had been making songs for years.

One of them, Vivirás feliz, won 5 special awards at the FEU Festival (University Student Federation) in 1985. Upon graduation, he began his professional career in Santiago de Cuba, where he founded the group La Idea. With this group, Waldo visited Spain, Czechoslovakia and Germany.

Then he is part of the Salsa Caracol orchestra with whom he travels to Jamaica in 1997. Later he returns to Havana and founded Tumbao Habana, along with his conductor Pascual Cabrera, including his songs in the group repertoire. However, his taste for the bolero and the ballad made him jump into his solo career to achieve his dream as a singer.

Road to a successful career

Waldo Mendoza integrates his group with excellent musicians of great academic training. From his first performances he managed to be loved by Cubans, filling a certain void that existed within romantic music. His themes related to love make the public identify with his soft and poetic lyrics and velvety voice.

His presentations are always accompanied by a large number of audiences of all ages, because his music pleases children and adults alike, regardless of their places of origin. His dream of making his songs recognized is rewarded in each performance when many sing along his songs.

He has shared the stage with figures such as Tania Pantoja, Yeni Valdés, Vania Borges, David Álvarez, and Mayito Rivera, among others.

Since his student days his songs won numerous awards, but in his solo career he also won other prizes:

If you want to learn more about other Cuban musicians, please subscribe to our website. And help us spread Cuban music by sharing this article on our social networks.