Pablo Milanes – The romantic of the New Trova 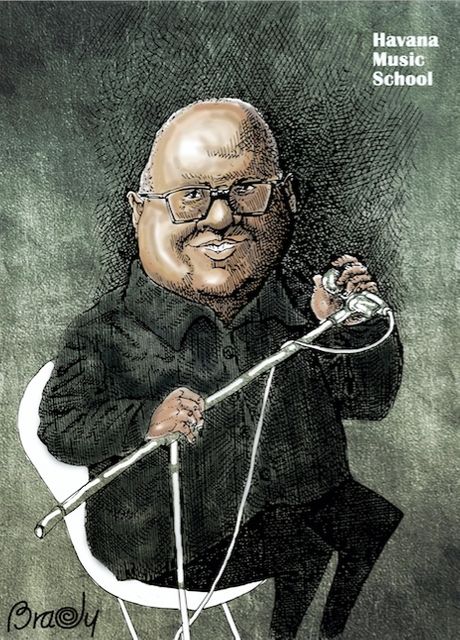 Speaking of Cuban music in the twentieth century without referring to the Nueva Trova (New Trova) is almost sacrilegious.

Talking of the Nueva Trova without mentioning Pablo Milanes and his songs, is a cardinal sin. Pablo Milanes, along with Silvio Rodriguez and Noel Nicola, became one of the founders of the movement that has moved millions of Cubans. It was the city of Bayamo, the cradle of Cuban culture and the national anthem, where was born in 1943 Pablito, as his fans affectionately call him.

However, he trained as a musician in the Municipal Conservatory of Havana. His magnificent voice, mellow and smooth, distinguishes between members of the Nueva Trova, and finally became his trademark.

Pablo Milanés: between trova and feeling

Like most musicians of his generation Pablito drank from the traditional Cuban music, which has strong roots in eastern Cuba. However, since in Havana, he is influenced by other styles such as bolero and feeling. In his compositions the strong brand that left these genres is more than evident.

The feeling is a musical style that originated in the “Pearl of the Antilles” roughly the same time that Pablo Milanés was born. This genre is strongly influenced by the American romantic song and jazz.

The feeling was promoting a new interplay between public and song, as this should be interpreted with -feeling- sense. His first steps where in the quartet Los Bucaneros and also made some inroads as a soloist. These experiences developed the necessary steps to confront a solo career skills.

A pivotal year in his career is 1965, when he released the album “Mis 22 años” (My 22 Years). This album sets new standards in the Nueva Trova and is noted for her vocal performance of exceptional quality. Two years later he joined the Military Service. There he begins to be influenced by the historical moment: the Vietnam War and guerrilla movements in Latin America will make collect social consciousness. All this is reflected in their songs, they begin to engage with society.

For this part of the movement of protest songs (Canción protesta). In 1968 he performs a concert at the House of the Americas with his close friend Silvio Rodriguez. In this space he meets and share stage with composers like Violeta Parra, Mercedes Sosa, Chico Buarque and Victor Jara. Later, Pablo Milanes was part of the Group of Sonora Experimentation ICAIC, with Leo Brouwer and other Cuban musicians.

A life devoted to creation

Among his songs include “Yolanda”, “Los años mozos”, “No me pidas” or “El breve espacio en que no estás”. All of them have left an indelible mark on the history of Cuban popular music.

In addition, Pablo Milanes has left his influence on younger Cuban musicians. These include two of his daughters, Lynn and Haydée, who are developing a very successful career.