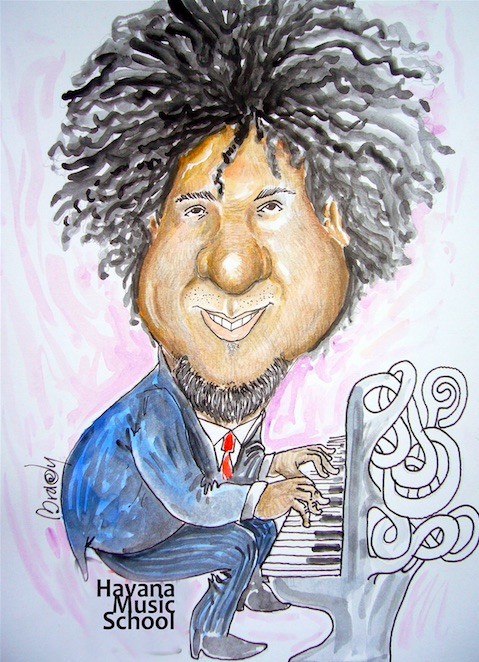 Aldo Lopez-Gavilan composed for the first time with only four years old.

Since he was born in Cuba, land rich in rhythmic and varied sounds, and being the son of brilliant musicians, one might think that the fate of Aldo Lopez-Gavilan was already written since he took his first steps. With four years his mother began teaching him the first chords on the piano.

This great artist, despite his young age, has more than five albums and international recognition. This is a clear demonstration of the quality of the musicians of the island. Since its inception, the successful career of Aldo Lopez-Gavilan shows how the effort and adequate preparation (that Cuban music teachers know how provide to their students), all that is desired can be obtained. To this is added his innate talent appreciably from its early years. As Chucho Valdes said, the youth has been, as always, “Simply a genius, a star”.

Aldo Lopez-Gavilan was born on December 20th, 1979, in Havana. While clearly received from birth support and guidance of his family, he studied at the conservatory Manuel Saumell and Amadeo Roldan. Thanks to the excellent training received in both music schools, learned music professionally and honed his skills.

Later he completed his knowledge at the Academy of Music in London. Within his spectacular career milestones as their international triumph, with only eleven, they are counted in the Danny Kaye International Children’s Award, organised by UNICEF and its professional debut in the Symphonic Orchestra of Matanzas, with twelve years old. To this it would be added shortly after execution of Prokofiev’s Concerto No.3 with the .

Since childhood, fortune has smiled to Aldo Lopez-Gavilan. In 1999 he recorded his first CD “In the twilight of the ant and the elephant” with which he won a Cubadisco Award in 2000. In 2005 he was invited to participate along with other prestigious Cuban pianists to make a documentary and an album in honor of Frank Emilio which was entitled “Love and Piano”.

Shortly after the release of their second album (“Talking to the Universe”) who received rave reviews, it came to light his third album “Soundbite”. The latter was the result of compiling their most recent work and had played at a concert. In addition, this year he was invited by Claudio Abbado to participate in a concert dedicated to the 250th anniversary of Mozart’s birth.

With an incredible development, to a young man like Aldo Lopez-Gavilan can only be predicted a bright future. Interestingly, without the extraordinary skills of the artist, their success shows how beneficial it is to study music in Cuba, the cradle not only of important musicians, but also teachers of exceptional quality.