The Punto Guajiro in the Cuban popular music 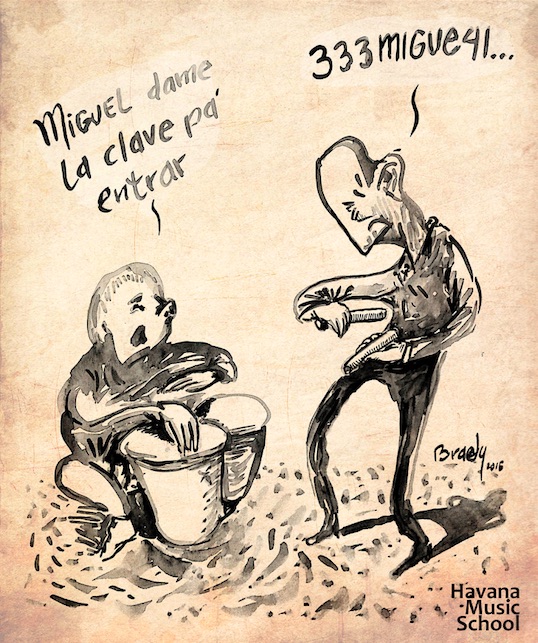 Cuban music, like our whole culture, is made up of European and African instruments, but the peasant song is based on their Hispanic background.

The décima espinela, Lope de Vega and Calderón de la Barca became the starting point of what would later be identified as rural songs. With an eye to the Motherland, our popular music was forming the stomping, Andalusian dance, and a sweet, sharp and nostalgic song that would end up shaping the Punto Guajiro.

The stanza life of peasant song

The punto guajiro is the highest representation of the Cuban popular music. It has its tenth regular basis, and it’s format is already in some fragments of “Espejo de Paciencia”, the first Cuban literary work, written in 1608.

But it was not until the eighteenth century that the tenth is felt and used as a strictly Cuban metrical form as a stanza of catchy rhythm that can invite both mourn dance as an audience. The cadence and regularity of these verses were a determining factor in the oral transmission of many of the songs that now make up the repertoire of the Punto Guajiro.

Other metrics used in gender structures are the copla (couplet) and cuarteta (quatrain). As the décima (tenth), both are descendants of the Hispanic tradition and contain a great musicality.

The stomping (“zapateo”), meanwhile, has not been entirely abandoned as in the Punto Guajiro, music and dance form an indistinguishable whole. This dance is said that it was “a dance of many requirements, whose main stage were peasant houses”. So deeply it permeated the footwork to accompany the Punto Guajiro that in early 1836 Esteban Pichardo defines the genre in its dictionary of Cuban voices as “Crying or Ay-el-ay, vulgar popular song that uses footwork to complement the voice“.

Mark of the Punto Guajiro

The performers of this kind of music can be of either sex, can sing together, sing some old popular songs or opt for free improvisation. A major milestone in the Punto Guajiro constitute Celina Gonzalez and Reutilio Domínguez, who managed to break the barrier between popular music and Afro-Cuban music.

His “Santa Barbara”, better known as “Que viva Chango” is almost an anthem for the people in the countryside. Although Celina was always the main figure, critics recognised Reutilio a technique developed as an instrumentalist, that allowed him to play guitar as raw and bordonear simultaneously.

However, the significance of this genre lies not only in particular on its metrical form, but distinguishes its origin and popular use. It is used to make work bearable, honor a deceased in a funeral, to worship the altar of a deity, to sleep a child or to enliven a party.
Despite the breadth of artistic expressions of Cuban music, the Punto Guajiro is not out of date. Radio and television are in charge of their perpetuation and youth voices are determined to update the genre.
AfroCuban Percussion | Cuban clave | Cuban music | Cuban popular music | Punto Guajiro
← Gonzalo Rubalcaba - The tireless pianist Arturo Sandoval and the magic of his trumpet →