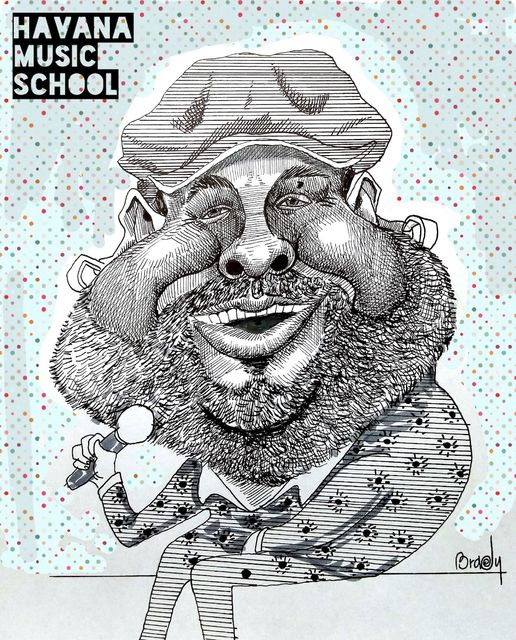 While he was studying the specialty of Internal Medicine at the Faculty of Medical Sciences of Havana, he understood that he must follow his true dream: music. That passion filled his body with life with its great rhythm and melody, which comes naturally to him.

Birth of a star

For several years he was part of groups such as Pucho López and the Cuban Orchestra of Modern Music, where he played boleros, songs, themes of “feeling” and his own compositions. However, it was not until his arrival in Mexico, where he settled in 1992, that his solo career took wings. In that country he sang in nightclubs, but also in bars, beaches and streets … wherever he could perform with his guitar.

This being the case, Pancho Céspedes gains renown as a composer when his song “Pensar en ti” was selected by Luis Miguel to be part of his Aries record production in 1992. This Mexican artist chose yet another song in 1996, “Que tú te vas”, for his album Nada es igual.

In 1997 Pancho represented Mexico at the Viña del Mar Festival with his song “Hablo de tí“, and won the second place in the contest. Then he recorded his first album Vida loca (1997), a beautiful compilation of songs that won with great success in Mexico, Chile, Peru, Spain and the United States.

In 1998 and 1999 he played the character of Jethro in the translation of the film “The Prince of Egypt“, where he also sang the song “Celestial Look“. In the 2000 it presents to the public its production ¿Dónde está la vida?, whose single of the same name was included in the soundtrack of the Mexican soap opera La casa en la playa, and sold more than a million copies.

In 2005 he released his album Autoretrato and in 2006 Con el permiso de Bola. In the latter he pays homage to the great interpreter Bola de Nieve and sings some of his most beautiful songs such as “Ay Amor”, “Adiós Felicidad” y “Drume Negrita”.

His discography continues in 2009 with Te acuerdas… and then in 2010 Armando con Pancho, with Armando Manzanero. In 2011 Pacho release Más cerca de ti, and in 2015 Todavía.

Pancho Céspedes has obtained numerous nominations and awards during his musical career.

Con el permiso de Bola was nominated for the Grammy Awards in 2007.

Todavía received a nomination in 2016 as Best Songwriter Album in the Latin Grammys, and its video clip “Still” won the Best Video of the Year award at the Lucas Awards.

After a few years out of the music scene for health reasons, his career has not ended. This is demonstrated by his appearances in Spain with Pablo Milanes, another great Cuban songwriter, 20 years after his great success Vida Loca. This year Pancho will perform in August in Puerto Rico with the show “Cruzando Destinos” and he has collaborated with the young singer Leoni Torres.

So you know: if you want to know more about Cuban music, do not forget to subscribe to our website and help us promote good music by sharing this article on your social networks.