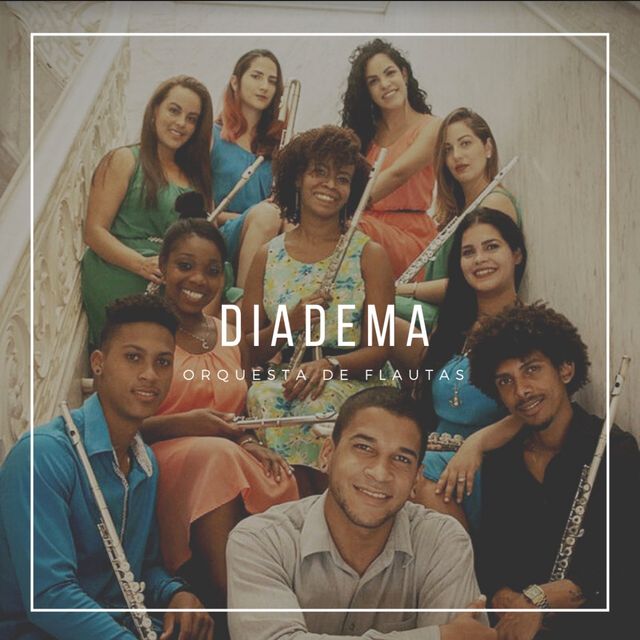 The “Diadema” Flute Orchestra, professionalized since 2006, belongs to the Music Concert of the “Rafael Lay” Music and Show Company in Cienfuegos. Under the baton of its creator and director, Lic. Bronia Mejías Polo, they achieved their greatest achievement in 2013 by integrating the National Catalog of Chamber Music of the National Center for Concert Music as the only group of its kind in the country.

This music band created in 2001 began as a school project for the flute specialty at the “Benny Moré” Art School in Cienfuegos. Its contribution to Cuban culture begins with the beautiful repertoire that it adapted for its flute ensemble as a complement to teaching their students, for this they were applauded on important stages.

The novelty of this contemporary Cuban format lies in breaking the traditional limits of a flutist to become a show.

The most representative works of European music are in their repertoire as a sample of the musical training of these flutists and as for Cuban music they interpret from the classical to the popular as faithful heirs of Richard Egües and Efraím Loyola.

Ensemble Concert with the Camerata Cortés in the gardens of the Cuban Institute of Music 2006.

Guests at the Concert of the group “Distelfinken” at the Tomas Terry theater.

Entry to the National Catalog of Concert Music (2013).