A glance at Jazz in Cuba 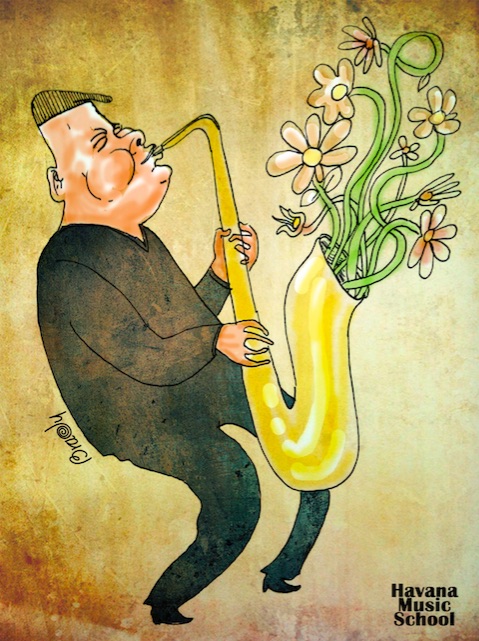 Cuba is a nation renowned worldwide for its music.

There are many talents born on the island that have left their mark on history, many of them considered as legends. Not to mention the genres that have created here that later have transcended beyond our borders.

The Jazz in Cuba has not been left behind. Despite being an “imported” genre, for several decades, it has earned a place among the musicians of the Greater Antilles, to the point that it has been merged with the native rhythms to give birth to the Afro-Cuban Jazz.

The first years of Jazz in Cuba

To recount the origins of jazz in Cuba is necessary to start the story in the United States, with much emphasis on the southern city of New Orleans. It was here in the early twentieth century begun to experience a strong influence of Cuban rhythms in local music.

This resulted that in the late 20s and early 30s several artists from the Caribbean country were hired to play in the big swing bands. These musicians, once back in Cuba, brought with them the seeds that sow the Jazz on the island.

But it was not until the early 40s that this gender really merged with Cuban rhythms. The responsibility in this case lies almost entirely in the The Afro-Cubans band, the first Afro-Cuban Jazz band. The record entitled “Tanga” of 1943 is considered the first recording of this subgenre.

Two of the most important promoters of Jazz in Cuba were Mario Bauza and Francisco Raul Gutierrez Grillo, aka “Machito“. These two musicians were the geniuses behind The Afro-Cubans and the new proposal introduced by the band on the jazz scene in Cuba.

Machito was the creator, director and lead singer of the Afro-Cubans, in which he poured everything he had learned during his years in the United States and his desire to fuse jazz with Cuban music. This was a shared desire with Bauza, who was also founder of the group and musical director until his death.

Throughout their career, these two greats shared stages with some of the biggest names in Jazz, as Charlie Parker, Dizzy Gillespie and Buddy Rich.

Another pioneer of Afro-Cuban Jazz was Luciano Pozo González, better known as Chano Pozo. From his childhood he was influenced by African culture, so much so that he was a member of the secret Abakuá society. This was reflected in most of his compositions, true gems of music.

We could continue mentioning many musicians who have left an indelible mark on the history of Jazz in Cuba, as Arturo “Chico” O’Farrill, Mongo Santamaria, Arturo Sandoval, Paquito D’Rivera, Gonzalo Rubalcaba, Bebo Valdes, Chucho Valdes, Jose Curbelo, etc; but it would be impossible to cover them all in this space.

If you liked this article or you thought interesting, share it through your social networks. You can also leave us a comment with your opinion.