The cajón in Cuban music 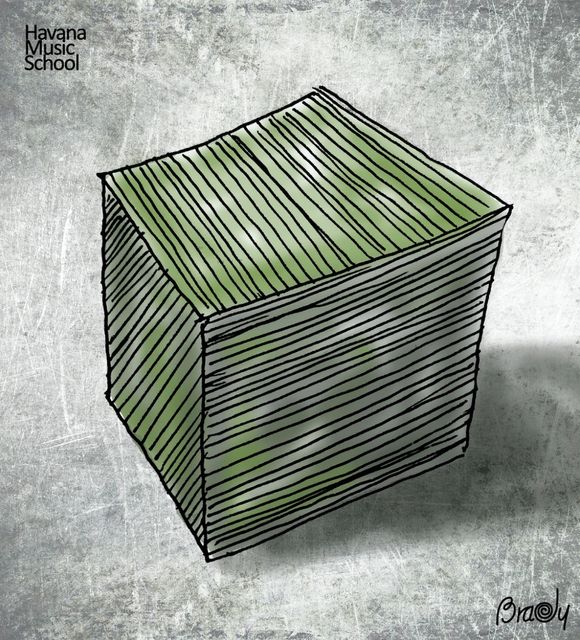 The cajón has its origin in the Peru of the nineteenth century, although it could date from a time before. Its use in the Caribbean music of African origin has popularized it internationally, as well as its accompaniment with guitar so typical of the new flamenco.

The origin of the cajón dates from the time of the African slaves taken to Peru. Because of the ban on African tumbadoras, slaves found themselves in need of a different way of singing their gods and expressing themselves. In this way, the drawers used in the transportation of food and merchandise in general became the first of these well-known instruments.

Virtuosos in something improvised

The cajón, made with wood, has an average height of 47 centimeters. To play it is necessary to sit on it, positioning it between the legs, element that makes it unique within the percussion instruments. Although originally wooden only, it is not difficult to find them now with slight variations among which include small metals or strings inside to change their tone and gain resonance in the rhythms that are played.

The popularity he reached in international box made him a key element in many Flemish performances, so he is known in many places as a cajón flamenco. This denomination owes its origin, in addition, to the changes experienced by the instrument in its adaptation to flamenco, such as the metallic strings introduced in its interior. In spite of this denomination the origin of the cajón, undoubtedly Peruvian and not Iberian, should not be confused as could be thought.

America, Spain and the cajón

Of very similar way, this simple instrument was also used in Mexico for the son jorocho, fundamentally in the zone of Oaxaca and Guerrero. Unlike the Peruvian, the cajón de tapeo or Mexican cajón is played seated before it in a chair, non-seated on it.

Another music that adopted it like his is the flamenco in 1977, by the hand of the great guitar player Paco De Lucía. More of 40 years later, it has evolved and grows roots with so much power that it has become synonym of flamenco, and many think that it always was present at that music.

The cajón in our music

The cajón has a special place in Cuban music. Known as a flamenco cajón, the cajón is part of the Cuban rumba, of the musical culture of the island. It is present in many of Cuba’s popular music groups and is used both in improvised conga in the streets of the island and in major concerts.
The typical sounds of the cajón can be altered by touching them with different elements, in addition to hands, such as metal brushes and wooden drumsticks, as did Ruy Adrián López-Nussa, one of the talented young Cuban musicians with the highest level of recognition at this time.

It’s no wonder watching a cajón in any Cuban orchestra today. Whether in its flamenco variant or in its simplest form, this instrument has earned the admiration of percussionists around the world for its versatility and sonority.

If you want to continue learning about Cuban music, its representatives and main instruments do not forget to subscribe to our page. Share our articles on your social networks and bring Cuban music to all corners of the world.