The maracas in Cuban music 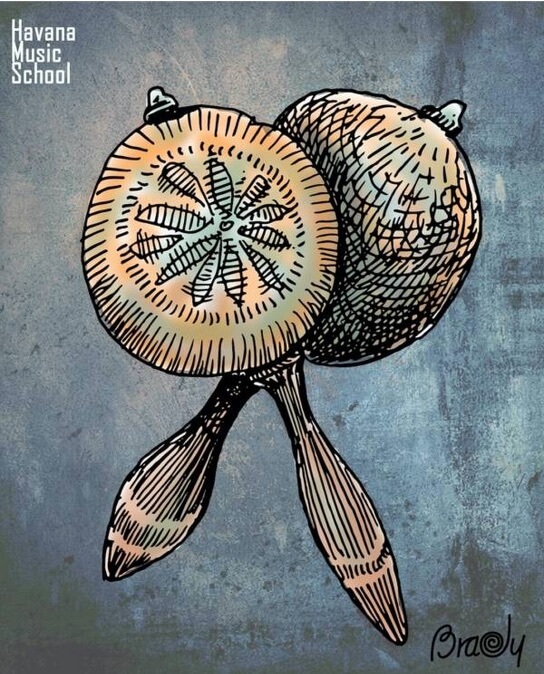 The maraca is an instrument formed by a sphere, usually dried squash, filled with seeds that give it the particular sound it presents. A wooden handle completes this percussion instrument and gives it support.

The maraca was used by aborigines in their religious rituals. Although it seems very simple to play its execution has been developed with specific techniques that produce syncopes in its sound and change the musical rhythms in which it is involved.

In our country, maracas have been present in the most popular and traditional rhythms, among them the well-known Cuban son. This musical genre, a mixture of Spanish music and Afro-Cuban sounds, is internationally recognized and its influence in other genres, such as salsa, led to the adoption of maracas by this popular music style today.

The typical composition of a son orchestra includes bongo, guitar, three, keys, double bass and maracas. The well-known Sexteto Habanero marked this structure that would become classic of the soneras groupings of Cuba. Here, Felipe Neri Cabrera would be in charge of marking the pace with the maracas.

One of the best known groups of the island was the Trio Matamoros. This small orchestra saw the light in the east of the country in 1925 and their songs came to be recognized in the main world-wide stages. Formed by Miguel Matamoros, Rafael Cueto and Siro Rodríguez, it was composed of two guitars and the maracas, handled rhythmically by Siro who, in addition, was the second voice of the orchestra.

The melodic sound and so different from what was typically popular at the time, made the Trio Matamoros one of the most famous orchestras on the island and earned it an international reputation that still remains today. Lágrimas negras, Las maracas de Cuba, La mujer de Antonio and Son de La Loma come to mind when mentioning this trio, in which the bolero and the son are mixed to give life to the bolero-son, genre that the grouping would conceive and make famous.

Thanks to groups such as these, the maracas would be adopted in more modern musical genres and their sound would not fall only in the history of orchestras of the past.

A souvenir that indicates Cuba

When walking through the streets of the capital of Cuba it is not strange to hear the sound of maracas echoing in some Havana corner. This instrument so typical of our island is not limited to musicians, but is used by all and even taken as a method of entertainment by children.

Any orchestra, regardless of its format, that plays Cuban rhythms is always accompanied by the two maracas, symbol of Cuban music. So it is that way, that in no craft sale of the island are absent among the most autochthonous and musical goods, almost always next to their smaller percussion sister, the Cuban claves.

To know more about Cuban instruments, musicians and rhythms just subscribe to our website, where you will find numerous articles related to Cuban music. Do not forget to share what you find interesting in your social networks.