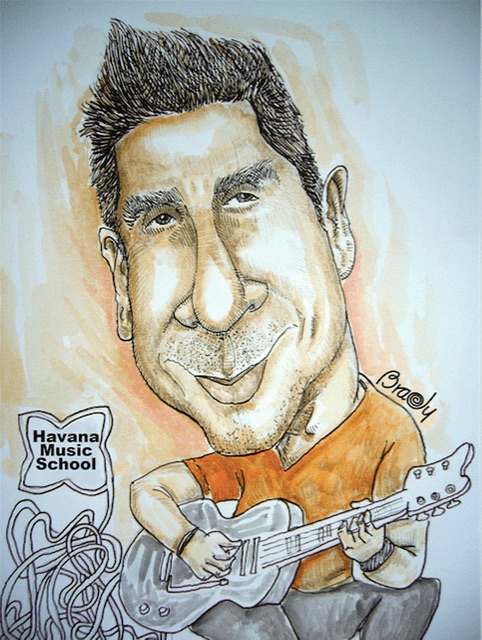 At the beginning of the new century with the recognition by the music company Adolfo Guzman of some rock bands as professionals, began a new and slow process in which many groups began to access the recording studios. Thus, hard metal bands like Agonizer or Hipnosis could record their almubs in a professional way. Much more important, the rock groups could receive a salary for their presentations.

Honor to whom honor is due, we must highlight the action from the 2003 of “Cuerda Viva” a TV program very important in spreading throughout the island the rock, rap, trova and alternative music. But in recognition of the Cuban rock it had much to do by the actions of the Hermanos Sainz Association (AHS). Thanks to them, the Cuban Rock Agency, who finally manages to bring together and register new members and old Cuban rock is created.

This organization is in the final concert hall for Cuban rock bands: the Maxim Rock, located in Bruzón 62 and Ayestarán in El Cerro neighborhood, very close to Vedado.

The Cuban rock opens onto the international stage

Because of the isolation caused by the US blockade, as well as by the economic difficulties, Cuba is an unknown destination for foreign groups. Fortunately, from the first edition of Cubadisco 2000, it began to break that isolation. The first visitor was the German band “Die Toten Hosen”.

In addition to these icons of world rock scene, other foreign bands visit Cuba. Cayman Rock Festival and Brutal Fest have become commonplace for European groups. The presence of foreign groups show increasing awareness of the Cuban rock scene outside the island.

In 2015 the group The Dead Daisies featured two live performances in Havana, one in the Maxim Rock with “Anima Mundi” (maybe the only Cuban symphonic rock band, high reputation in Europe) and one in Hall Gardens Pink Tropical (Jardines del Salón Rosado de la Tropical) with David Blanco’s. group. It was really quite an event visited by members of famous bands like Whitesnake, The Rolling Stones or Guns n ‘Roses.

Present and future of the Cuban Rock

The amount of space devoted to the rock is greater than 15 years ago. The agency has built Artex dedicated to lovers sounds more “distorted” spaces. In addition to the Maxim Rock, deserve special mention the House of Music in Miramar (Casa de la Música de Miramar), habitual rock of Kents, or the Yellow Submarine (Submarino Amarillo) bar, next to Parque John Lennon in Vedado, where groups that make covers of timeless hits of the genre are presented.

Despite the advanced steps in the last 25 years the Cuban rock affront still many obstacles. Among them is to highlight the achievement of a personal sound, it is still common to find bands that try to trace and established models.

However, the biggest challenge is their way within the Cuban music industry, so definitely no longer a marginalized genre.