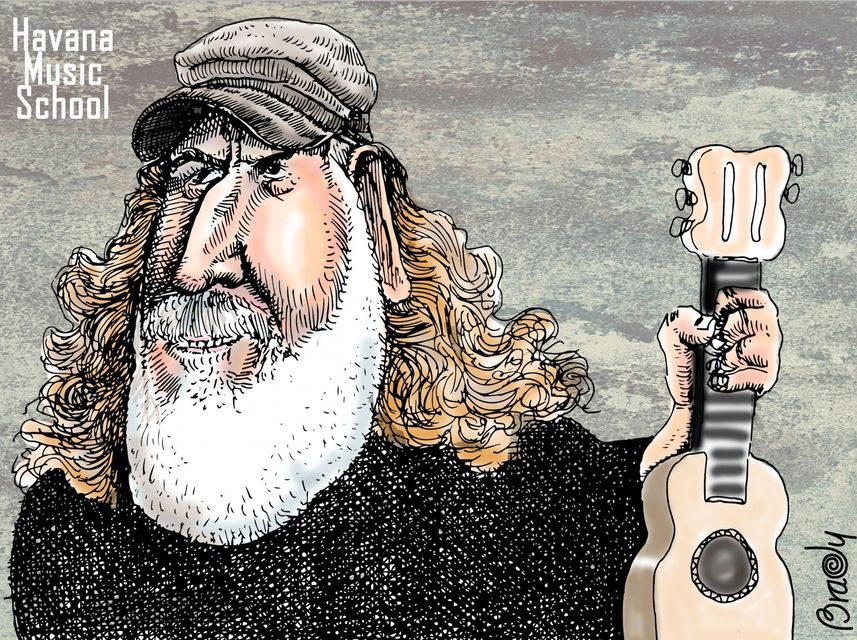 “We are not merchants, we decide to make art and I have always been a troubadour […].
The essence of the troubadour is the guitar and the compositions, the interpretation and the communication”.

These reflections were taken from one of the most recent interviews offered by Frank Delgado, Cuban singer-songwriter and member of the Nueva Trova movement, who has never had a hard time being an honest man.

Who is Frank Delgado?

Frank Delgado was born in Minas de Matahambre, Pinar del Rio, on October 19, 1960. He is a Hydraulic Engineer by profession and a troubadour by heart. Although his music travels almost always informally or “mouth to mouth”, he is acclaimed by an audience that retains special loyalty.

His authentic interpretations, agreeable sonorities and intelligent compositions have shown that he is a singer committed to his people and his time.

During the 1980s, he performed both in fixed places and in other places improvised for the occasion. In the 90s, with an upward career, it achieved more stable presentations. More than 300 cities and 20 countries from Asia, Africa and Latin America have enjoyed the recitals of this itinerant troubadour, who has shared scenarios with Silvio Rodríguez, Luis Eduardo Aute, Daniel Viglietti, Juan Carlos Baglietto and Fito Páez.

“I do not know how a country is made, but I do know how it is not”.

This is the essence of their songs and, although it addresses diverse subjects, prefers to describe the everyday life of the common citizen.

For Frank Delgado the song is born from life and the people that, with their dreams, longings and worries become inspiration. Each of his concerts is a mental journey to Cuba, an island full of flavors and passion, motivated by the laughter of their children, the ideals of adolescents fervent with madness and love, and the work and sacrifice of men and women who seek, each day, a better future.

In its more than three decades, sailing between the son and the trova, always has a surprise to offer and a song that will make you laugh, cry or meditate.

Among his wide discography:

“The Cuban has always had that corrosive mood when addressing his problems. Ñico Saquito, Carlos Puebla and later Virulo, Pedro Luis Ferrer and Tony Ávila, reflects the problems with a comical edge”. As Martí said, humor is the whip with rattles on the tip, and that defines this troubadour, who also considers that “the songs one does, but do not know how far they get”.

He sees himself as a difficult troubadour, because of songs like Cuando se vaya la luz, mi negra or Espíritu y consumo, that were banned from radio and now, for our luck, are widely spread.

Frank Delgado believes that the troubadours have always put art above money and with his guitar on his shoulder and his scruffy look; he tries to stay in the eye of the hurricane and does not want to change. He has become an idol and a reference for the new generations.

If you want to know more about music, do not forget to subscribe to our website. And, please, help us promote good music by sharing this article on your social networks.