Habana Abierta – Cuban music out of the corner 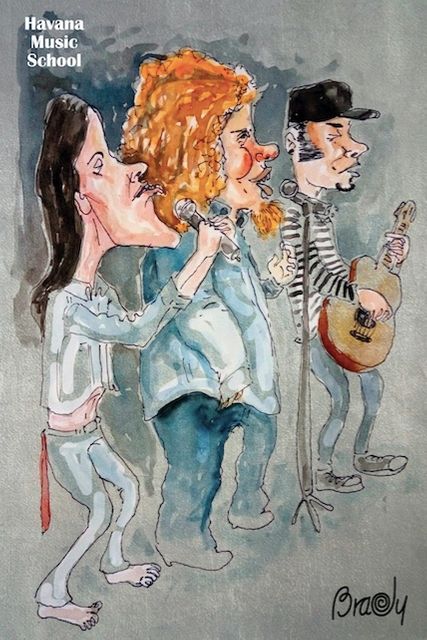 No party ends in Havana when Habana Abierta music sounds. As the “Grupo de Experimentación Sonora del ICAIC” (GESI) did during the 70s or Irakere in the 80s, the generation of the 90s has in this band the power of innovation.

Through the fusion of traditional Cuban music with newer sounds, they have created the “rockason”, the “timbaconrock”, the “rumbaconfunk” or the “congaconpop” which captures the inside and outside public of the island with a modern but indigenous sound.

Born and raised in Havana

The first half of the 90s brought, with the collapse of the socialist camp, a period of economic crisis that hit Cuban society at all levels. But despite the shortcomings, at the beginning of the 90s Cuban music continued to develop in areas of Havana as the rock of “13 and 8”, in Vedado.

Gathered there, under the direction of Ihosvani Caballero (Vanito) young people from all social sectors were attracted by the opportunity of musical and cultural exchange.

Many of the musicians who played there emigrated looking for better opportunities, and this is how a group of them met in Madrid in 1996, promoting the album “Habana Oculta” (“Hidden Havana”) produced by Gema Corredera and Pavel Urquiza. Thanks to the work of this duo and the Spanish label “Nube Negra”, the success was reached.

”Habana Abierta” to the conquest of Cuba and the World

In 1997 the music company BMG Ariola gave musicians of “13 and 8” the opportunity to make a new album that would be called “Habana Abierta”. The explosion that this musical phenomenon caused inside and outside Spain made them representatives of the 90s generation, with their concerns and their dreams through a music that undoubtedly was identified as Cuban, but was also international.

Today, Cubans dance all over the world “24 Hours” and “Boomerang”, two other albums that were published by Habana Abierta during the following years. Each musical approach is different, as well as the artists participating in each single, but the essence of the peculiar sound of Cuban musicians unifies all their work.

A distance that is not so

“Habana Abierta” returned to play in Cuba in 2012, in “La Tropical”, where they recalled that “life is a serious joke” and that the only thing needed is “a friend to hug and a place to play”. At this time they proof that they were doing Cuban music to anyone willing to listen to it.

More recently, in March 2015, Miami was the place for a concert for “Interactivo” and “Habana Abierta”. The concert became a true embrace between friends who live in and outside Cuba and a moment to say: “asere que volá”.

The members of “Habana Abierta” are currently four: Vanito, Alejandro, Barbería and Medina. All of them intend to continue being Cubans “who never have gone.” Not only in Madrid and Havana, but also in Paris and Miami, the taste of their songs spread to the public and put up his musicality, born and raised among the streets of Havana.