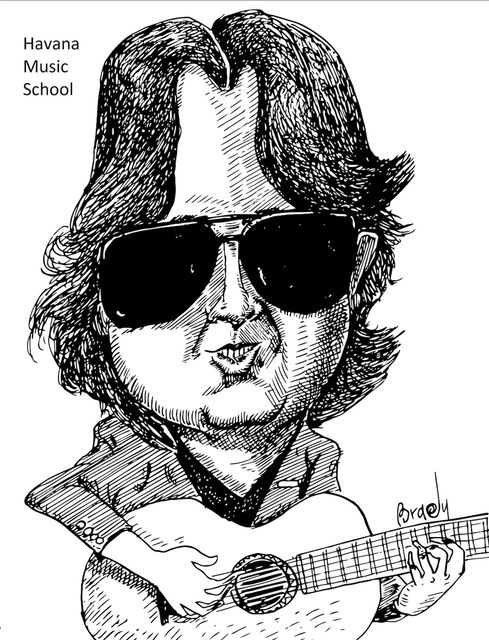 Mauricio Figueiral is an introverted and reserved person but a sincere, committed, persistent, successful and natural musician. His compositions speak of feelings and experiences, with an exuberant lyric and unusual sensitivity. This is how he is classified by his friends and specialized critics, and they are not far from reality.

Born in July 16th, 1984 in Havana, his first incursions on the guitar occur spontaneously at age 15, when he was still studying at the Lenin Vocational High School. There was not a place where troubadours met in which Mauricio was not present: amateur festivals, student clubs and literary gatherings. All spaces were appropriate to raise awareness of their concerns through their art.

Together with Adrián Berazaín, Pedro Beritán and Lilliana H. Balance, he founded the project La séptima cuerda in 2003. This, which started as a musical gathering, soon became a unique creation workshop. In 2008 he graduated in Audiovisual Communication in the specialty of Radio, Film and Television from the “Superior Institute of Art” (ISA). From that moment on, he takes the reins with his own style and ways of doing.

The purpose of Mauricio is to become a sower of ideas that show the daily life of Cuban youth, or what is the same, to portray Cuba today. And this will only be achieved through a process of openness to the world and to the Cubans themselves, without prejudicing a lot of musical, social and political concepts. That is why he calls himself a troubadour with his feet on the ground and with the commitment to sing to Cuba.

On the other hand, he considers that for trova to be effective it must reach people intelligently and that everyone must take charge of their professional life, without waiting for someone to discover them.

In his case, his skills as communicator and musician have facilitated the way. That is why it is not uncommon to see him bring his own songs to the format of the video clip, make his collages, design the scenery of the scenarios in which he presents himself and even edit his own concerts.

2012: Mauricio Figueiral and all the opposite.

He had defended his music in stages of Brazil, Argentina, Colombia, Ecuador, Paraguay and Venezuela.

If you want to know more about our Cuban music, do not forget to subscribe to our portal. And, please, help us promote good music by sharing this article on your social networks.