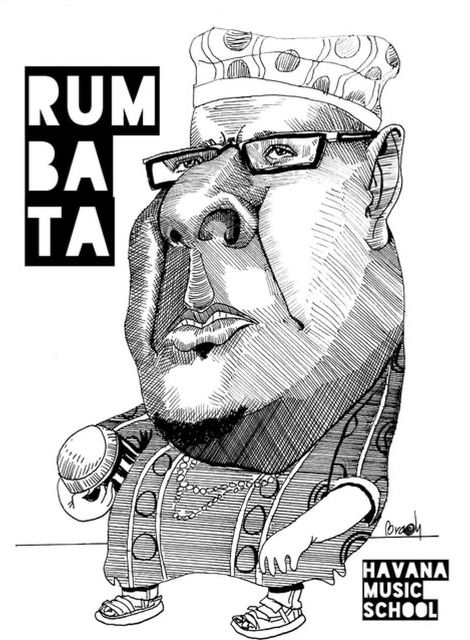 It is said that in the early decades of the twentieth century the rhythms of the rumba were heard in Camagüey. The so-called street rumbas or comparsa were accompanied by guaguancó, yambú and columbia, variants of the original genre.

That tradition, which was rather expressed in the neighborhoods, at popular parties and dances, made it possible for a group of folk music like Rumbatá to be born in the 90s of the last century.

In 1996, Wilmer Joel Ferrer from Camagüey decided to create a musical group dedicated to cultivating the rumba, Intangible Cultural Heritage of UNESCO since 2006, and exploring its fusion with other sounds.

This is how Rumbatá (rumba and batá) arises, which from his name suggests that what is going to be heard goes beyond the conservative treatment of the genre to enter the search for other melodic and rhythmic experiments.

It is in this way that the traditional sound was embraced by others apparently distant like the timba, the trova, the salsa, the rap, the Latin jazz and the Mozambique. The result is excellent, with wonderful vocal arrangements combined with great mastery with the difficult key of the rumba.

With a popular language, without slipping even a bit to vulgarity, the lyrics of the songs include popular phrases of the moment to illustrate the situations it describes and make itself understood throughout the Cuban public. With music of such a refined level of melodic work they reach the ear of the dancers who cannot resist to dance.

When its founder conceived Rumbatá, he always had in mind to give him an orchestra character. To do this, he used not only a good number of instruments but also sought to highlight his timbral functions. Thus, the ensemble has tumblers, batá drums, iyá drums, double loud drawers, chequerés, key, bell, fifth drawer and others: a whole great orchestra of percussions. This results in the production of expressive music, varied in timbres and of great rhythmic force.

It is said that the late musicologist Helio Orovio, a great student of Cuban music and especially Afro-Cuban music, hearing the first songs of Rumbatá said that the group was doing “the rumba of the century.” In homage to this phrase and its author, the second album of this group was named that.

And, the rumba they make is unprecedented because it gives new airs to a traditional genre without distorting the original concept.

Rumbatá has been invited to participate in albums by other artists. This is the case of Son de Altura by maestro Adalberto Álvarez, who obtained a Grammy nomination in 2011. They also collaborated in the Latin Jazz Disco production of Manolito Simonet.

The ensemble has already 3 albums:

If you want to know more about Cuban music, don’t forget to subscribe to our website and help us promote good music by sharing this article on your social networks.