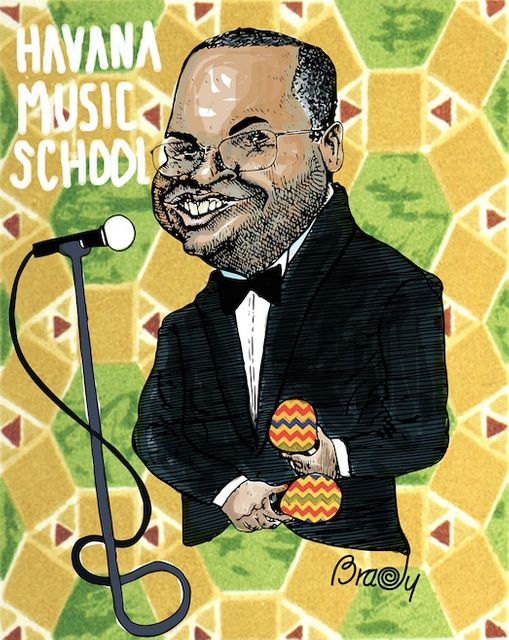 Adalberto Alvarez, also known as “El Caballero del Son”, is a Cuban pianist, singer, composer and bandleader. It is known for his contributions to the son, a traditional genre which currently remains the favorite of many music lovers in Cuba and the rest of the world.

It is the most versioned Cuban sonero in the past 3 decades. His works have been performed by prestigious artists as Juan Luis Guerra and the 440, Eddie Palmieri, Andy Montanez, Papo Lucca and the Ponceña Sonora and Oscar de Leon, among others. His band has worked with Cuban musicians like Frank Fernandez, Silvio Rodriguez, Issac Delgado, Celina Gonzalez and Omara Portuondo.

First steps of a star

Adalberto Alvarez was born in Havana, Cuba, 22 November 1948. By 1957 he works as arranger and bandleader of Avance Juvenil, his father´s orchestra. One of his first compositions, Con un besito mi amor, will be later popularized by Rumbavana.

In 1972 he graduated from the National School of Art (ENA) and enters on the Provincial Art School of Camagüey as a professor of Musical Literature, until 1978. That same year he founded the Son 14 group. In 1979 the group recorded his first album, A Bayamo en Coche, with EGREM and the musical production of the master Frank Fernandez.

In 1980 they participated in the Third International Fair of Barquisimeto, Venezuela, and the 2nd Caribbean Music Festival in Colombia. The following year, they released another album, Son como Son.

In 1986 they move to Finland to perform at the Winter Carnival in Helsinki. Then, they performed in the city of Tampere and several Finnish universities. Then they travel to Berkeley, California. In 1987 they played in several European festivals such as the North Sea Jazz and Salsa ’87. At the end of this stage of tours, the peculiar style of the group was recognized worldwide.

In 1989, Adalberto Alvarez works with the group of Pancho Amat. In 1990, his song A bailar el toca toca becomes a success. The following year, the group takes a new dimension with the masterpiece Y qué tú quieres que te den, one of the first song that discuss the Yoruba religion openly. In 1997, they sign with the European label Milan Music.

In 1999, they made a promotional tour around Latin America, United States and Europe. At the USA they promote their album Jugando con Candela. The album Sueño de una gitana is selected Latin music best album by the Music Magazine, published in Japan. In 2001, Adalberto Alvarez adds 3 new members to your band. With this new formation, they performed in the Festival del Sol, in Santiago de Cuba. Three years later, the band made an European tour to promote the album Para Bailar Casino. Since then, they have been regulars at scenarios both in Cuba and around the world.

Awards to the Effort

With more than 25 albums, Adalberto Alvarez is one of the most prolific artists of the island. The uninterrupted work of this great Cuban musician was recognized by the Felix Varela´s Order in 2002 and the National Music Award in 2008.