The double meaning in music – The Guayabero 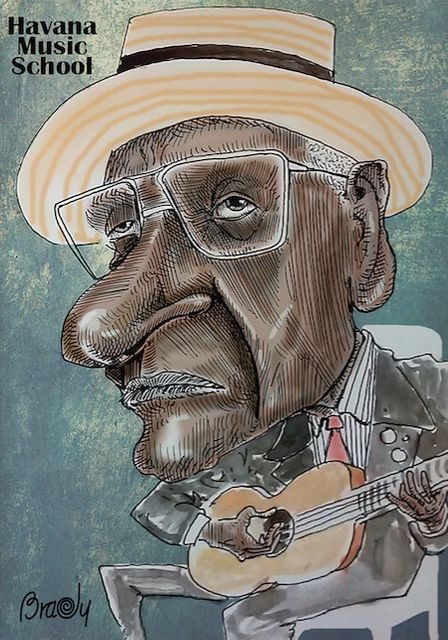 If we say Francisco Oramas Osorio nobody will knows who are we talking about, but instead if we named “the Guayabero”, everyone will be sure about who are we refering to. The man with the double meaning in the lyrics:

“I do not say what people think, they are the ones who put the double meaning. On one occasion a policeman told me that I sang was a mess. I asked him where the mess was and could not answer me, finally I He laughed”.

The Cuban has its own idiosyncrasies and music is one of them. The double meaning in the lyrics shows a expressions of identity. There are many musicians who in their lyrics use expressions that yield conclusions who hear them.

It is not what is said but what we as listeners are able to understand and grasp. Nico Saquito, Miguel Matamoros, Siro Rodríguez, Armando Valdespí, Guillermo Castillo and more recently Tony Avila, are some of the exponents of this typical way of making music. However, the head of this is the Guayabero.

The eastern region of Cuba, specifically the city of Holguín, was his birthplace and deathbed a June 4, 1911 and March 27, 2007, respectively. He lived in humility. It is said that he accompanied his uncle, by the sugar communities in the region, to sell clothes and thus earn money to support the family.

Very young, at age 15, he started in the world of music. He joined the group “Tropical Sextet” (Sexteto Tropical) and later the “Holguin Troubadours Group” (Conjunto Trovadores Holguineros). He later formed his own composed Santana Oramas Osorio, singer and maracas, and Candito Oramas Batista, bongo group.

His genre was always the traditional son montuno, with a simple rhythm using instruments such as the “Tres Guitar” and maracas. But it was always the three who accompanied him throughout life. His skill was to combine the letters with grace, humor and playfulness. Despite both its domestic and international fame, it was not until 1985 that managed to record their first album, in Santiago de Cuba. His active life as usual musician continued almost to death, as was so at age 93 still composed.

Today the Casa de la Trova in his native Holguín bears his name and her musicians who harvest gender and thus pay tribute to the King of double meaning in Cuba are presented.

The both popular and traditional Cuban music is a reflection of Cuban idiosyncrasy. However, the double sense applied to it promotes such traits are more pronounced.

Cultivate or not depends on one’s consideration of each musician, their preparation and especially its identity rooted in popular culture. As the Guayabero said: “Holy word”.