The Cuban tres – Symbol of a rich musical tradition 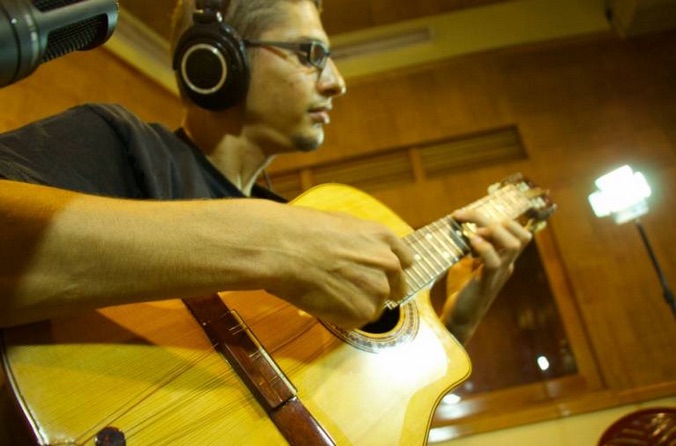 The Cuban Tres guitar is native to the Eastern part of the Island. In fact, the first reference to the instrument dates from 1892, during the carnival of Santiago de Cuba.

However, the Scholar Fernando Ortiz states that the tres is not an exclusive invention of Cuba, given that “in Spain, there was already a similar instrument during the Middle Ages”. Say what the respected scholar will, the fact is that the Tres guitar is now considered one of the country’s more typical musical devices, up to the point of being elevated to the status of national instrument.

Essential piece for the Cuban sound, thanks to master Pancho Amat, it has been used in melodies that mix the traditional Cuban music with jazz and classical music. Some of the most outstanding performers of the tres have been Faustino Oramas (El Guayabero), Compay Segundo, Mario Hernández, Arsenio Rodríguez, Alfredo Boloña and Pancho Amat himself, one of its most contemporary promoters.

The Tres guitar has three pairs of double strings placed on a surface that is shaped like a handle to which is attached a sounding board. Many are the appearances that this great instrument can adopt: in the form of “waistline”, eight, peak or star, oval, etc. As for the type of strings, these can be simple or in three triple pairs.

The arm ends in a head where is placed a pegbox with six pegs. It is quite usual to find, also, a crupper or overbridge. It is commonly played with a pick or plectrum, although fingers are also used. Moreover, its tuning varies according to the geography and the performer; sometimes it coincides with the first three strings of the guitar, while others a semitone is added to the center pair of strings.

To make a “son” of excellence

Cuban rhythm son montuno is not complete if a tres is missing. Its function is not restricted to mere melodic plucking, but is a key element at harmonic and rhythmic level. Its notes serve as a bridge to the rest of the band intruments, supplementing them. It is the one directing the beginnings and deciding the floreos.

It often alternates with the guitar in improvisations and this adds a second melodic funtion, known as rayado (guitar strumming). Because of this, in some bands the guitar has been replaced for a second tres strimming the chords while the first one plucks the melody.

Tangible manifestation of the quality of Cuban tradition, this musical element also serves as an example to highlight the virtuosity of its musicians. These not only had the sense to create a unique instrument, but to achieve an interpretative mastery level that, despite the years, still retains its vitality intact.

Not all countries can boast about such a native and beloved instrument. Possessing a rich culture like this speaks of the great musical tradition that characterizes the largest island in the Caribbean.