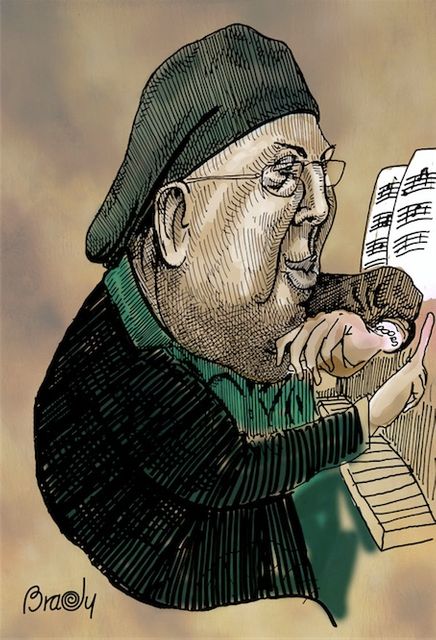 But the joy does not end there. Undoubtedly, the best news is that this presentation will not be in one of the music halls in Havana, very suitable for the occasion, but limited in capacity.

The real challenge is that the art of these two universal pianists can be enjoyed outdoors, filling the spaces and music alleys of Old Havana and allowing all music lovers and also the common passerby to join the pleasure of hearing these amazing musicians.

A Chinese star will make music in Havana

If anything characterizes the career of Lang Lang, in addition to his skills as instrumentalist, it is its commendable work to take classical music and theater closer to the young people. The musician, despite being only 33, has a surprisingly long and prolific career. He started playing piano at age 5, when he won the music contest in his native province in Shenyang. Then this Chinese Mozart, reaped laurels at age 11 in Germany, again with 13 in Japan, with 14 he played as soloist with the National Symphony of China and thereafter began a meteoric international career.

The Chicago Tribune described him as “the greatest, most exciting keyboard talent discovered in many years”, and that in fact, has performed with every major symphony in the world.

Two talents that no longer coincide by chance

And what else could we say about Chucho Valdes? Vibrant pianist, founder of Irakere, lofty banner of Latin jazz and outstanding figure of Cuban music of the twentieth century, are some of the adjectives that come to our mind.

The winner of five Grammys and three Latin Grammys met Chinese pianist during a presentation in Vienna in 2014, when they shared the stage. The chemistry that flowed from both styles made them cradling the idea of holding a joint concert, merging to play this music in Havana.

Music in Old Havana is music in the history of Cuba

This historical event will take place on October 9th, at the dignified Cathedral Square in Old Havana, a World Heritage Site by UNESCO.

But the good news does not end there. The american violinist and orchestra director Marin Alsop, who leads right now the Baltimore Symphony Orchestra, will join this festival of classical music to lead the Symphony Orchestra of Cuba. This gesture is a symbol of how art unites people regardless of political issues and welcomes the strengthening of relations between the two countries.

The news, presented in a brief note from EFE new agency, has awakened a high level of expectation. Although the wait is a bit long for those who love music in Havana.

And of course, there will be many technical issues to fix to put on a show of this magnitude in a place that is not intended for that purpose. But we are confident that this event will be forever etched in the history of Cuban and international music.